Ryan Brook fears Saskatchewan could go the way of Texas. No, not a land of history, cultural, entertainment, and the... 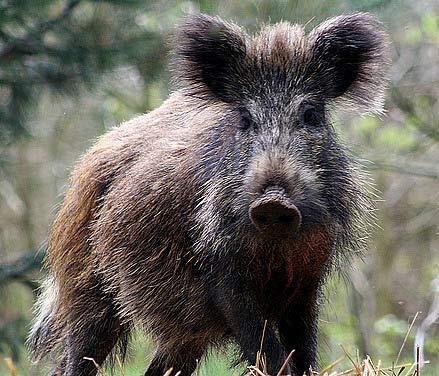 Ryan Brook fears Saskatchewan could go the way of Texas. No, not a land of history, cultural, entertainment, and the birthplace of Outdoor Life correspondent Gayne C. Young…

But a land plagued by the destructive force known as feral hogs.

The most recent estimates put the Lone Star State as home to more than 2 million wild pigs. Brook, a University of Saskatchewan researcher, believes that the Canadian prairie province easily has the potential to become just as infected if action isn’t taken soon. He is compiling data for Saskatchewan’s first scientific survey of feral pigs. “I think the window is closing very rapidly,” Brook told the Canadian Press. “If we don’t take some very serious action over the next two years, then we’re very quickly going to be moving into a position where we’re simply trying to manage and live with wild boar, rather than eradicate them.”

And Saskatchewan has a lot to lose, if you consider the critical waterfowl habitat in the state and the vast agriculture lands there that serve as trophy buck factories.

Of course the problems feral pigs bring about is widely known in the U.S. where there are two kinds of states in regards to wild porkers: the states that have feral hog and those that will soon. The states that do have pig problems have seen E. coli outbreaks, severely damaged ecosystems, and billions of dollars in crop damage.

“Their potential to blow that out of the water and have more impact than any other animal in Saskatchewan is very, very high,” Brook explained.

As in the U.S., hunting lowers hog numbers in Saskatchewan only slightly. The results from hired sharpshooters are similarly poor. Brook said poison may offer a solution but before the idea of using it can be explored the number of pigs in the province needs to be determined.