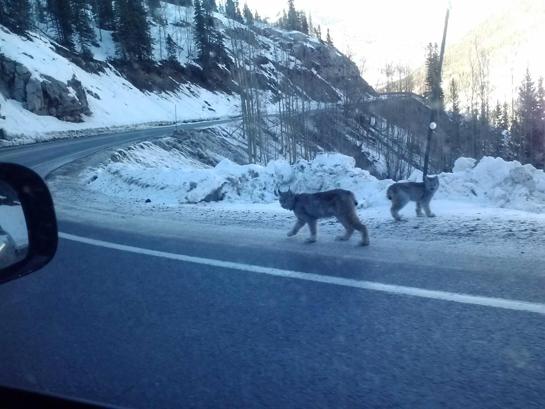 The has also received great attention on Reddit where it has garnered over 1,000 comments, according to the Huffington Post.

Lynx were thought to have disappeared in Colorado circa 1973. Over two hundred lynx were re-introduced into the state’s remote areas between 1999 and 2005. At least 141 lynx kittens were born to this group between 2003 and 2010.

Chaney’s picture shows that the cats are obviously doing well.