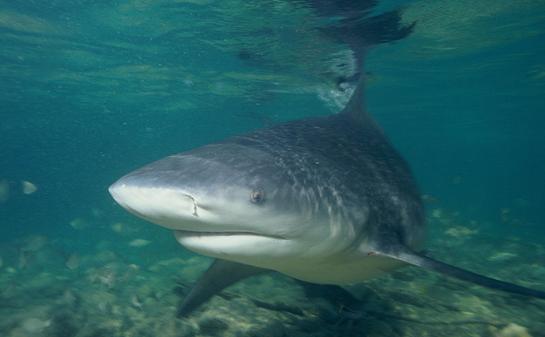 Isn’t it time we had kinder and gentler shark attack terminology?

Because labeling a shark attack as a…well…shark attack might confuse the public into thinking the attack was an actual attack. Not only that, it would continue to stigmatize sharks.

Thank goodness researchers are proposing a series of new “attack” labels. In a study published this week in the Journal of Environmental Studies and Sciences researchers state that the term “shark attack” is too emotional and often misleading to the public. Because of this they suggest the following new labels:

Shark sighting – A shark is spotted but no human contact takes place.

Shark encounters – A close human encounter where there is no injury (think surfer, swimmer, etc.)

Shark bites – When a shark bites a human only once and the resulting injury is minor.

Fatal shark bites – When a shark kills a human.

Researchers developed this list after studying two global “hotspots,” in New South Wales and Florida. They found that of the 637 confirmed cases of shark attacks in Florida since 1882, only 11 ended in death. Three quarters of the 637 attacks involved only small wounds. New South Wales had similar numbers.

Mote Marine Laboratory researcher Robert Hueter clarified his position outside of print. “When surfers hold a contest where 4ft or 5ft sharks are actively feeding and a few get bitten on their toes, and these all get reported as shark attacks, you present a wrong picture of what is going on,” he said.

Hueter went on to say “When we try to argue for the need for shark conservation because of depletion of sharks, in the public mind and even in the minds of government officials, that is counteracted by this perception that these are man-eaters and that they attack people.”

See, it’s all about image!