The last thing the fishing world needs is another muskie record, but here we go anyway … Joseph Seeberger’s Michigan... 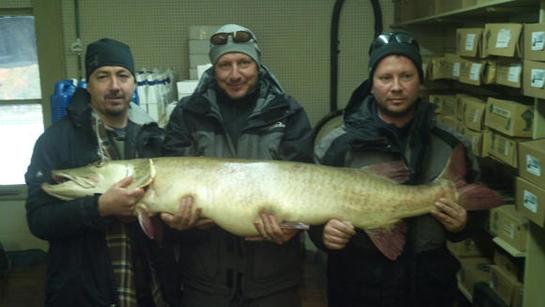 The last thing the fishing world needs is another muskie record, but here we go anyway …

Lake Bellaire is part of a chain of lakes that near Lake Michigan. These lakes, according to Michigan Department of Natural Resources fisheries biologist Patrick Hanchin, are ideal for finding monster ‘skies.

“The conditions are perfect for growing big muskies there,” said Hanchin. “There is abundant forage and coolwater refuge.”

Although Joseph’s catch is the Michigan state record holder and the International Committee of the Modern Day Muskellunge World Record Program’s world record it is not the International Game Fish Association’s world record holder. That honor goes to Cal Johnson’s 67 pound, 8 ounce muskie caught on Lake Court Oreilles in Hayward, Wisconsin back in 1949.

Oh and then there’s the National Fresh Water Fishing Hall of Fame, which recognizes Louis Spray’s 69-pound, 11-ounce muskie as the world-record muskie. That fish was caught in 1949.