Monster New Zealand Brown Trout Could Be a World Record 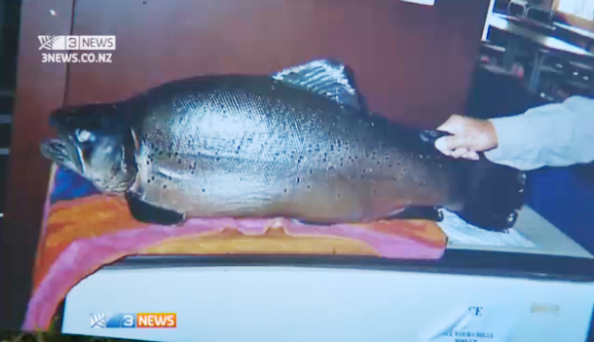 “Very ugly. Small head, big belly. Just amazing,” is how angler Otwin Kandolf described the monster brown trout that many in New Zealand are referring to as the “submarine trout.”

Otwin caught the 42-pound, one ounce brown trout while fishing the Ohau B hydro canal. Kandolf told 3 News that he cast toward the fish after seeing it feeding on pellets. He landed the “submarine” shortly there after.

It is unclear if Otwin will submit his fish to IGFA (there are several conflicting media reports) In some media stories the fish was reported to weigh 45 pounds.

Reports do agree however, that Otwin sent his monster brown Kiwi to a taxidermist to be mounted.