Hunters age 16 and under took 152 animals that qualified for the Boone and Crockett Club record book in the... 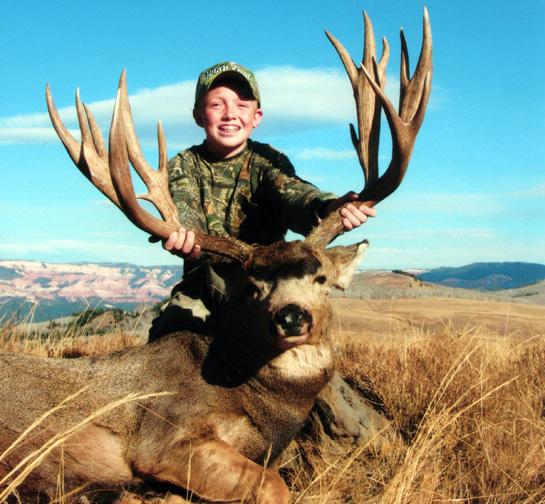 Hunters age 16 and under took 152 animals that qualified for the Boone and Crockett Club record book in the last three years. That marks a 126 percent increase over the previous three-year period, according to B&C.

“Congratulations to the growing number of young hunters whose name now appears in Boone and Crockett records next to a world-class big-game trophy taken in fair chase,” said Richard Hale, chairman of the Club’s Records Committee. “From deer to bear to sheep, entries by youths appear to be more and more common in the B&C records book.”

Pictured above is one Zac Waters with a non-typical 225-1/8-inch muley taken in Iron County, Utah.

Of course it’s great that youth hunters are taking more record-book animals, but let’s just all remember that when you’re a kid, any big-game animal should be considered a trophy.