How do you get a black bear down from a tree? Leave it alone and let it climb down …... 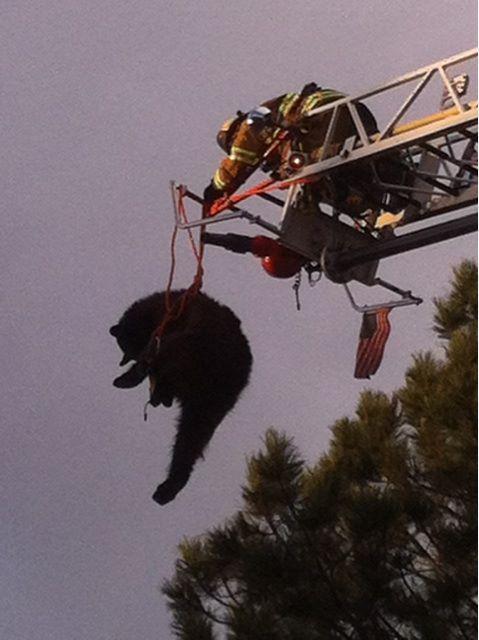 How do you get a black bear down from a tree? Leave it alone and let it climb down … or, you tranquilize it and tether it to a crane.

This from Business Times: “According to the Colorado Springs Fire Department, a female black bear climbed and got stuck in a tree Sunday morning, though residents did not notice the bear until about 3 p.m. that day.

That’s when the fire department and officers from the Colorado Parks and Wildlife Department were called in to subdue the bear.”

The first attempt to tranquilize the bear failed, and the bear climbed even higher up the tree. Five hours later, with a crowd of locals gathered round, the bear was finally sedated and hauled from the tree by a crane.

Wildlife officials released the bear 100 miles away, according to ABC News.