Nature has supplied yet another reason not to go swimming in the overly polluted Potomac River: sharks. Three years ago,... 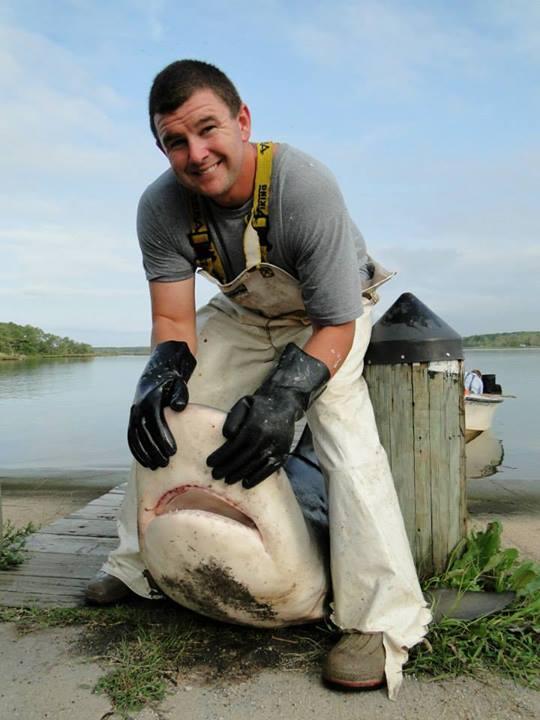 Nature has supplied yet another reason not to go swimming in the overly polluted Potomac River: sharks.

Three years ago, John “Willy” Dean, a commercial fisherman from Washington D.C., surprised a great many people when he caught a bull shark in the river. Last Tuesday he caught two more.

The first was an 8-foot monster netted near Point Lookout State Park. Despite the fact that it was dead in the net, its presence was more than enough to get the blood pumping.

“It was a good adrenaline rush, I would say,” Willy’s son, Greg (pictured), told the Washington Post. “It was a little scary, but then at the same time, it was very exciting. We really just don’t think at that point. We just keep pulling it in and try to see what it was.”

The fish was immediately identified as a bull shark by a Maryland Department of Natural Resources biologist who happened to be aboard for a routine check.

The shark was taken to shore where it was left with Greg and the biologist. Willy and deckhand Patrick Ridgell returned to the river to continue working their commercial nets. While doing so they noticed fish acting strangely and commented to one another on how they were grouping close to shore. The cause of the odd behavior was soon identified in the form of what Patrick described as “a big gray cloud.” A dorsal fin spotted moments later left no doubt what was in the area. The men called Greg and second deckhand Richard Richie for help. When they arrived, the four men hauled another 8-foot shark from the water.

Greg suggests that swimmers avoid that area of the Potomac, especially at night, given the fact that sharks have been spotted there two of the last four Augusts. What’s more, bull sharks are known for being aggressive and occasionally attacking people.