This enormous mule deer buck was killed by Gilbert Adams III last month in the Arizona Strip. Adams was able... 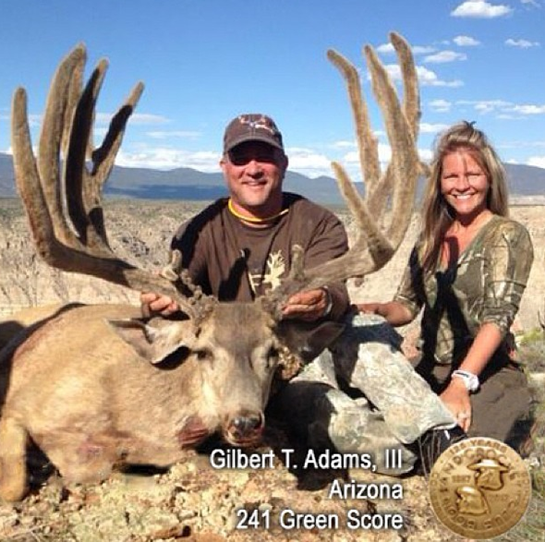 This enormous mule deer buck was killed by Gilbert Adams III last month in the Arizona Strip. Adams was able to hunt early and take this buck in velvet because he had bought the Arizona Governor’s Tag. Here’s the inside scoop from Boone and Crockett’s Trophy Watch site:

“My wife Misty was on the hunt, her first hunt outside of Texas, for mule deer or any western game. Troy Brock and Doyle Moss guided me,”_ Adams wrote on the site.

Governor’s tags have always been controversial. They typically allow a wealthy hunter to hunt in prime areas or before the regular season starts. On the other hand, the money raised by these tags (which can amount to hundreds of thousands of dollars) is used to fund wildlife conservation and create more hunting opportunities for the rest of us.