Ranking right up there with “The dog ate my homework” and “The check is in the mail” comes one of... 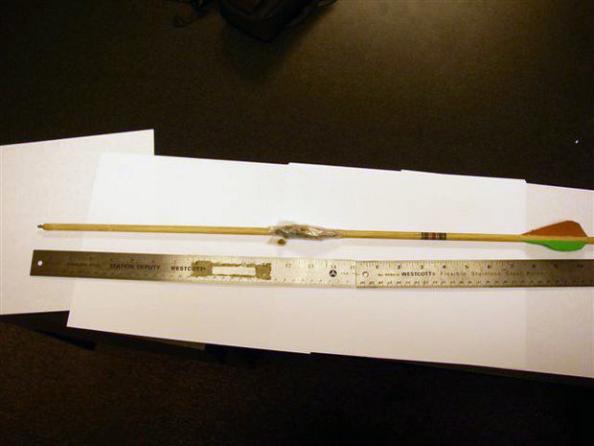 Ranking right up there with “The dog ate my homework” and “The check is in the mail” comes one of the worst excuses ever: “I was hunting squirrels.”

This comment was in response to the inquiry of why a Bellingham, Washington man fired an arrow with a bag of marijuana attached to it into a Washington state jail.

According to Sheriff Bill Elfo, 36-year-old David Wayne Jordan took a pot shot at the jail’s second-floor recreation area but missed his target. When confronted by a Whatcom County sheriff about his attempted drug delivery David said he was merely squirrel hunting.

David didn’t have an answer when asked why the arrow need be carrying marijuana in order to shoot squirrels.

Maybe the squirrels had cancer and David is the local medicinal marijuana supplier?

Regardless, David was charged with introducing contraband into the jail, resisting arrest and obstructing law enforcement. David served 20 days in the pokey earlier this month for assault and resisting arrest.

Turn yourself around David.