Scientists at the Smithsonian Institution recently announced the discovery of a new carnivorous mammal — the olinguito, a red, furry... 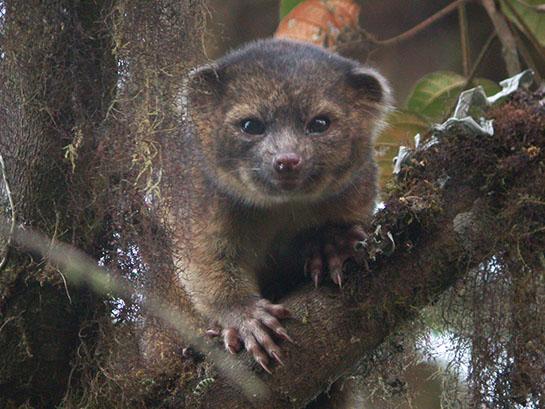 Scientists at the Smithsonian Institution recently announced the discovery of a new carnivorous mammal — the olinguito, a red, furry animal that lives in the treetops in the Andean cloud forest.

This marks the first time in 35 years since a carnivorous mammal species was discovered in the American continents, according to Kristofer Helgen, curator of mammals at the Smithsonian’s National Museum of Natural History. Helgen was working on a project to catalogue and examine olingo species, a larger member of the raccoon family, when he stumbled upon reddish pelts that didn’t match the skins of the olingos.

“At the Chicago Field Museum, I pulled out a drawer, and there were these stunning, reddish-brown long-furred skins,” he told Smithsonian.com. “They stopped me in my tracks–they weren’t like any olingo that had been seen or described anywhere.”

He set forth on an investigation to see if the pelts belonged to a new species after finding differences in the teeth and general anatomy of the skull. He traveled to Ecuador’s Otonga Reserve in 2006 with Roland Kays, a biologist from the North Carolina Museum of Natural Sciences and C. Miguel Pinto, a mammalogist from the American Museum of Natural History to find a living olinguito. They worked with a local hunter to get one of the animals and confirmed genetic differences through DNA testing, according to Smithsonian.com.

The olinguito was mistaken for an olingo for decades. Existing specimens in museum collections were commonly mislabeled or not labeled at all. The researchers published their findings in the journal ZooKeys.