While wapiti will probably never replace walleye as Minnesota’s top game and fish species, it seems they are at least... 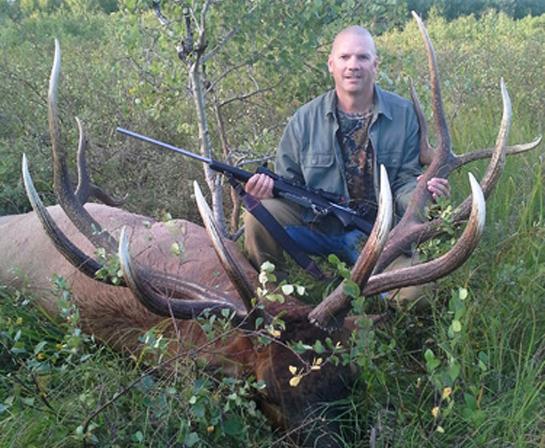 While wapiti will probably never replace walleye as Minnesota’s top game and fish species, it seems they are at least moving a little higher up the list.

Brad Penas of Moorehead, Minnesota drew one of two bull tags to hunt reintroduced elk in the northwestern corner of the state.

“It’s really odd,” Penas, told the Grand Forks Herald. “I’ve spent a lot of time up there. The first 20 years of my life I lived [in the region] and have hunted in that area for many years ever since, and I had never seen an elk in the area prior to going up and scouting when I drew the license… I knew it was going to be a real tough hunt.”

The tough hunting paid off when Penas killed this massive bull that gross green scores 433 inches and net green scores 391 inches, according to the Herald. But this monster bull shouldn’t really come as such a surprise. The number four all-time Boone and Crockett Club nontypical bull came from Kittson County, Minnesota in 2010. The 458 4/8 inch bull died of natural causes on state land and was found by deer hunters.
**
Scout and Shoot**
Penas and a buddy first spotted a large bull while scouting the weekend before the season started and a few days later another buddy spotted another large bull in the area.

On opening day Penas and his hunting buddy still hunted through some heavy timber near a swamp. They came upon a small opening in the woods and sure enough, the huge bull was standing there at 70 yards. An hour into the season Penas had killed his bull.

“It was just an unbelievable feeling,” Penas told the Herald. “What a large beast. My first instinct was to give my buddy a high-five, but I know enough about hunting that when you take a shot, and a deer hits the ground and you don’t pay attention, they sometimes get up and run away.”

It turns out Penas’ ‘tough hunt’ wasn’t so bad afterall.