The gators keep getting bigger and bigger. This year’s alligator season has produced some of the biggest swamp dragons North... 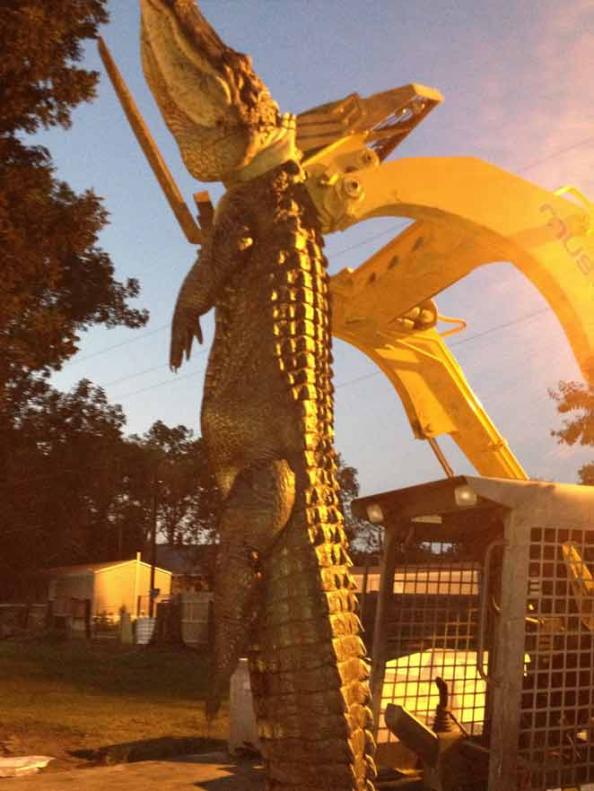 The gators keep getting bigger and bigger.

This year’s alligator season has produced some of the biggest swamp dragons North America has ever seen.

In Florida, Ben Williams and his wife Louann killed a 13-foot, 7-inch gator while hunting on Florida’s Lake George.

In Mississippi, Dustin Brockman of Vicksburg, Miss., his brother, and friend took A 727-pound, 13-foot, 4.5-inch lizard and Dalco Turner of Gluckstadt hauled in a massive a 13-foot, 6.5-inch alligator from a backwater area of the Mississippi River near Port Gibson. That bad boy weighed 741.5 pounds.

Now comes news of a gargantuan gator being pulled from the waters of Louisiana.

Eyewitness News 3 reports that Jim White, of Ventress, Louisiana took a 13-foot, 4-inch, 760-pound monster from the waters of West Baton Rouge Parish on Solitude Point Saturday evening. Mr. White told channel 3, “I’m an outdoorsman. I hunt and fish. I harvested a lot of animals in my time. I really got fired up when I saw this alligator.”

White had every right to be fired up. His alligator measured longer than most SUV’s.

Despite the monster size of White’s alligator he came nowhere close to breaking Louisiana’s all time gator record of 19 foot, 2 inches.

That record is one that might never be broken.