Canadian Man Fights Off Bear by Grabbing its Tongue

When a black bear attacked Gilles Cyr two weeks ago, Cyr let his survival instincts kick in. And those instincts... 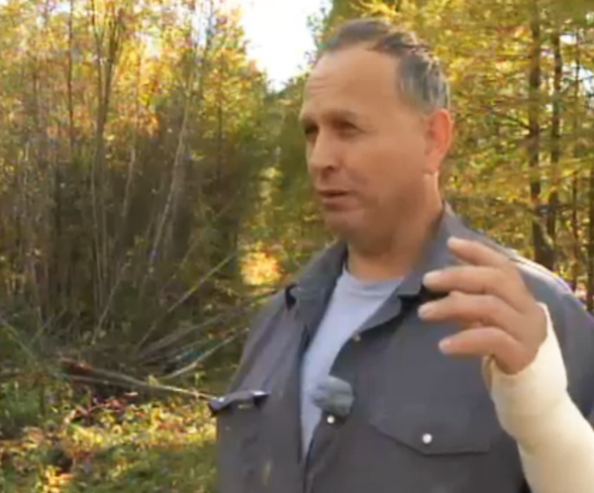 And those instincts told him to grab the bear’s tongue and hold on for dear life!

Mr. Cyr told CBC News that he was walking through his property near Grand Falls, New Brunswick when a black figure flew out of the woods toward him. Before he knew it Cyr had a black bear on top of him and its tongue in his hand.

“When I opened up my eyes it was on top of me — with the friggin’ noise, it’s crazy the way it growls. Right from the stomach. It’s not from the mouth, it’s just inside,” Cyr detailed to CBC News. “His mouth was wide open right in front of my face so the last thing I remember I had his tongue in my hand and I didn’t want to let go because he was trying to fight me off. So he was hitting me with his claws, so I says, ‘If you’re going to hurt me, I’m going to hurt you too.’ So he was biting his tongue at the same time.”

Cyr continued, “For a second, I thought I was dead … that’s the first thing that comes to your mind when you open your eyes and see that friggin’ mouth full of teeth and a tongue in there. It’s like … an extreme sport.”

Not the kind of sport I’d like to be involved in.

Cyr said he managed to escape the bear after the melee and took shelter behind a tree. The bear followed him but apparently lost interest and fled the scene. Cyr was treated for claw marks on his abdomen and bite marks to his knee. The local game warden told Cyr he had permission to hunt the bear down.

This story screams for commentary so don’t hold your tongue – comment below!