Wisconsin wolf hunters are doing so well this year that the season might end early leaving those wanting to hunt... 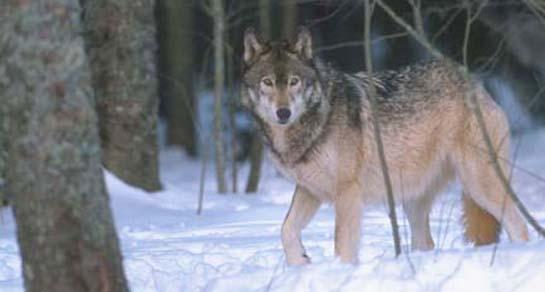 Wisconsin wolf hunters are doing so well this year that the season might end early leaving those wanting to hunt with hounds out in the cold.

Two weeks after the season opened on October 15, hunters and trappers have filled 71 percent of the quota allotted by the Department of Natural Resources, according to Madison.com. This equates 178 wolves and is a much higher kill rate than last year. In 2012, hunters took 41 wolves or 35 percent of the state’s quota of 116 animals. This year’s quota is 251. Hunters have been so successful this year that the state has already closed three of its six wolf hunting/trapping zones. Last year the DNR didn’t have to close any zones until November 16.

The zones closed this year include Zone 2 in northeastern Wisconsin, Zone 1 in northwestern Wisconsin, and Zone 5 in west-central Wisconsin. At this rate, wolf hunting and trapping could end well before the December 2 date that hunters may take to the field with hounds.

DNR wolf ecologist Dave MacFarland said the success rate this year is probably in direct correlation to many hunters waiting too long to head afield last year. Many waited for winter pelts only to find the season closed by the time they were ready to hunt. This year hunters jumped to the front of the line in an effort to fill their tag.