The Idaho Department of Fish and Game ended an effort to reduce wolf numbers in a federal wilderness area after... 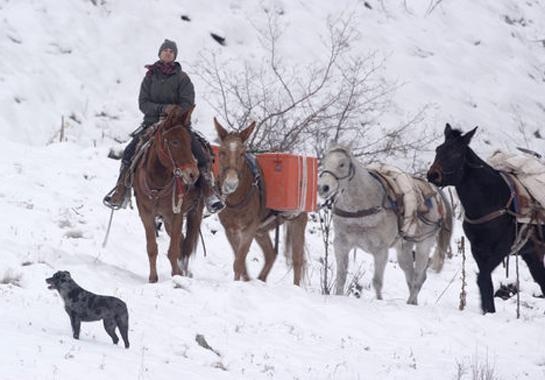 The Idaho Department of Fish and Game ended an effort to reduce wolf numbers in a federal wilderness area after a hired hunter took nine wolves this winter, the agency told the Associated Press Monday.

The hunt, scheduled to continue through the winter, was designed to alleviate predator pressure on the Middle Fork Salmon elk herd in the Frank Church-River of No Return Wilderness. The DFG did not say why it halted the hunt early. It will take several days for wildlife officials to finish collecting traps and other equipment, and to transport personnel out of the area.

Hunter Gus Thoreson set out in December for the Middle Fork region in northeast central Idaho. Elk cows and calves in the area have suffered from increased predation, and the Middle Fork herd has declined 43 percent since 2002.

In an effort to control predators in the area the DFG offered additional tags for black bears and mountain lions. Few hunters visit the remote area, however, and the agency hired Thoreson to target wolves. Although Thoreson killed nine wolves during his hunt, none were harvested in the past two weeks, reports the Idaho Statesman.

“We remain committed to working with Idahoans to ensure that both wolves and healthy elk populations remain part of the wilderness,” DFG Director Virgil Moore said in a statement. “This action was an important step toward achieving our goal of stabilizing the Middle Fork elk population.”

Opponents of the hunt initially failed in their bid for a federal judge to stop Thoreson’s hunt. Thoreson based his operations out of a cabin owned by the U.S. Forest Service and relied on USFS backcountry airstrips, which caused additional controversy among opponents. They claimed the hunt violated the 1964 Wilderness Act, among other federal acts, and appealed to the 9th Circuit Court of Appeals. Opponents now say the legal pressure contributed to DFG’s decision to end the hunt, although this has not been confirmed.

DFG reports from 2012 estimated about 680 wolves inhabited the state. DFG plans to release its predation management plan in February, which will outline future measures for restoring the Middle Fork elk herd.