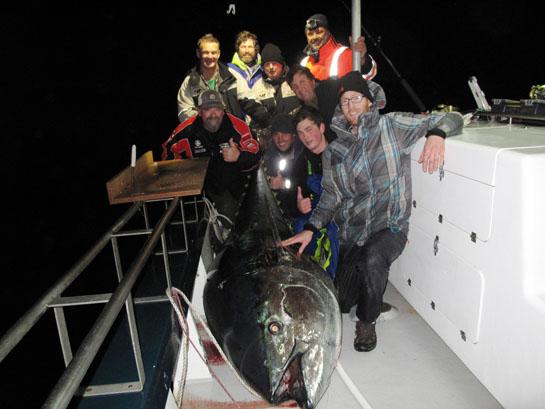 Baker was fishing aboard the Cova Rose off the coast of Greymouth, New Zealand on Sept. 14, 2013 when he dropped a fresh hoki and hooked into something big. Very big.

Baker’s multiple day trip was coming to an end when he hooked up with the fish. So Baker was forced to battle the fish as quickly as he could. At one point during the 30-minute fight, Baker even cranked the drag on his Shimano 130W up to 80 pounds in an effort to land the monster.

Although the original idea was to simply tag the fish, the decision to bring it aboard was made once Baker and the crew saw just how big the leviathan was.

Scales later confirmed what Baker and his mates already knew: that the fish was the largest anyone had seen. The bad boy bluefin weighed 777 pounds, 1 ounce. This surpasses the current record by almost 40 pounds.

For the catch to be deemed the official world record, it must first be approved by the IGFA.