At the annual Dallas Safari Club convention I was lucky enough to sit down with two African Professional Hunters –... 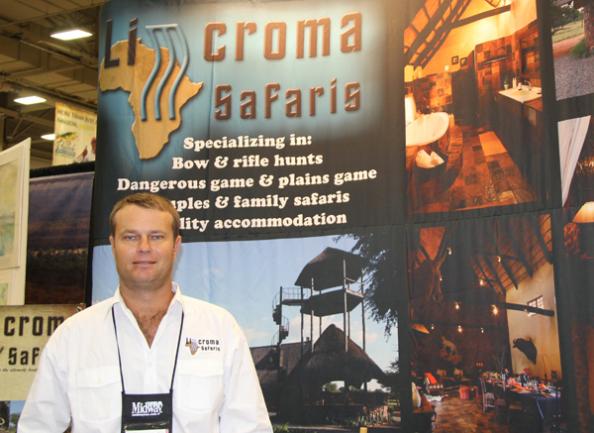 At the annual Dallas Safari Club convention I was lucky enough to sit down with two African Professional Hunters – one old school, one a relatively new comer – whose combined experience culminates in nearly a century worth of stories.

Hannes Els (the relative new comer) is the owner and operator of Limcroma Safaris. He began his career at the ripe age of 12 when he guided clients after plains game in his native South Africa. Twenty-two years later, he is one of the most sought after PH’s in Africa and his outfit hosts hundreds of clients each year.

Gayne Young: You’ve been guiding since you were 12?

Hannes Els: Yeah. Not professionally, of course. You can’t get a license in South Africa until you’re 21. That’s when I got mine. I couldn’t wait.

GY: Where all have you guided?

HE: Guided in South Africa, Zimbabwe, Namibia, Botswana, and Mozambique – no licenses in all those areas but guided in them.

GY: You remember your first client?

HE: With a license? Yeah, it was some guys from right here in Dallas. I took them after plains game. Twenty-two years later and they’re still hunting with me.

GY: How many days a year are you in the field?

GY: Give me a good in the field story.

HE: Hmmmmmm. Ok. I was after lion with a bowhunting client. I was backing him up with a rifle just in case. The client put a poor shot on the lion. The lion charged. I shot him there (Points to just beyond his shoes).

HE: That’s what I said! Maybe what I did. I don’t remember.

HE: Well the Internet and social media aspects are big changes and they can help you or hurt you. Couples coming on safari is a relatively new trend and I was lucky enough to be ahead of the curve. Limcroma was one of the first if not the first safari operators to cater to husbands and wives or boyfriends and girlfriends. In addition to offering a great hunt, we now offer spa treatments, massages, five star accommodations, a personal chef… Things couples expect on a luxury, resort type vacation.

GY: Couples are really that big of a deal now?

HE: For Limcroma, yes. Our “Romance of Safari” packages are hugely popular. Today’s PH, like myself, must be a marketing expert and businessman in order to survive. Meeting and exceeding the expectations of clients – male and female, single or couple – is how I’ve gotten to where I am.