While in attendance at the annual Dallas Safari Club convention, I was lucky enough to sit down with two African... 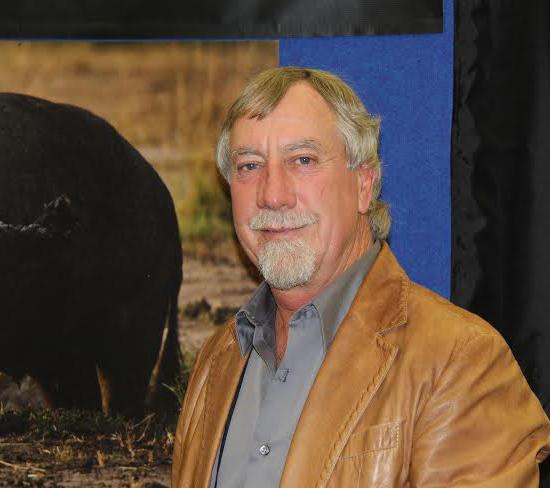 While in attendance at the annual Dallas Safari Club convention, I was lucky enough to sit down with two African Professional Hunters — one old-school, the other a relatively newcomer (check out the Newshound blog later this week for that interview). Their combined experience culminates in nearly a century’s worth of stories. Both offered insights on the Africa that was, that is, and that will be.

Johan Calitz began his career accompanying his father, clients, and friends afield in Rhodesia at a young age under the mentorship of some of the most well-known professional hunters of that time. Almost 40 years later, he is internationally recognized, not only for his steadfast style of elephant hunting, but for his pioneering work in the hunting DVD market and his participation in the hit TV show Under Wild Skies.

Gayne Young: What countries have you guided in?

GC: When did you first start guiding?

GC: How many days a year are you in the field?

JC: I’m in the field about 200 days a year with another 60 days spent traveling and attending conventions.

GC: What’s the biggest change in the African hunting industry you’ve seen during your time in the field?

GC: Any thoughts on retiring?

JC: Yes, I think, I’m 58 now I’m going to give it another two to seven years max and see how the changes throughout Africa affect me and then make the decision. I can’t make the decision right now. You know the closure of elephant hunting in Botswana has a affected me greatly. (Johan Calitz Safaris was the largest outfitter in Botswana until hunting closed there this year. As a result he had to let go 171 employees.)

GC: What’s the most “Old-School” thing you can tell us about you or your hunting style?

JC: I’ll give you two. One is that I put all my potential professional hunters through a very strenuous apprenticeship before they are even allowed to hunt with clients. It’s five years of military style drill and learning. The most bad ass thing I did was with a fellow called Jim Adams. He and I followed a lion for three days. We actually slept on its tracks at night. We followed it for about 60 miles before finding it in the morning. My nickname in those days was piri, which means “hyena that never loses a track.” That was in Botswana in 1990.