The National Park Service has topped every silly cat video on the Internet! The 98-year-old government agency’s Malibu Creek State... 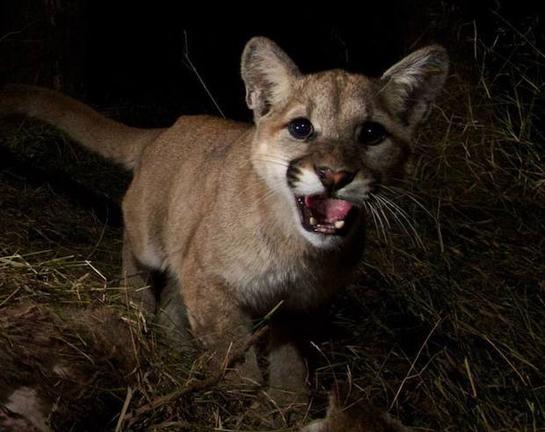 The National Park Service has topped every silly cat video on the Internet!

Although “ripping” might not be the correct word as these beasts are just too cute! (yikes, where did that come from).

The camera’s flash apparently caught the attention of the cubs as they can be seen in several photos investigating the trail camera.

Of course the NPS isn’t releasing the pics just because their cute but to point out that these animals are basically stuck in the Santa Monica Mountains as they are surrounded by roads and human encroachment. Park spokeswoman Kate Kuykendall explained in a press release that this isolation can lead to genetic inbreeding. “In the 12 years we’ve been studying these animals we’ve only had one successfully cross from the north to the south, bringing new genetic material,” Kuykendall said.

The NPS would like to construct a wildlife crossing near the Liberty Canyon exit on the 101 freeway to encourage safe and frequent passage of the cats.