A 60-pound Pacific snook caught in Costa Rica two weeks ago may be headed for the International Game Fish Association... 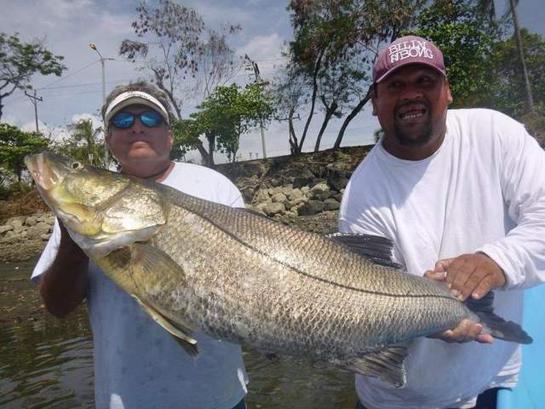 A 60-pound Pacific snook caught in Costa Rica two weeks ago may be headed for the International Game Fish Association (IGFA) record book. The monster fish was caught by Orlando guide Ward Michaels who has made more than 80 trips to Costa Rica in 27 years after his favorite species.

His latest trip coincided with the spawn. At the first sign of the mass movement, Michaels called his buddies in Texas and told them: “To come on. The time is now.” In three days the group had caught more than a dozen fish, most in the 30-pound range, with two special fish going 47 and 50 pounds. But it was Michaels’ 60 pounder that garnered all the attention.

He submitted that bad boy – er, girl – to the IGFA for record status. Considering that the current record for Pacific black snook stands at 57 pounds, 12 ounces (set in 1991 in Costa Rica) Michaels’ fish is probably a shoe in.

He explained how to fish the spawn to Bill Sargent of Florida Today: “The new moons in March and April are when the big females stage off the beaches before they move into the rivers to spawn … Each time, everything happens in three days.”