It seems that even prehistoric hunters knew that setting up on terrain funnels is the best way to consistently hunt... 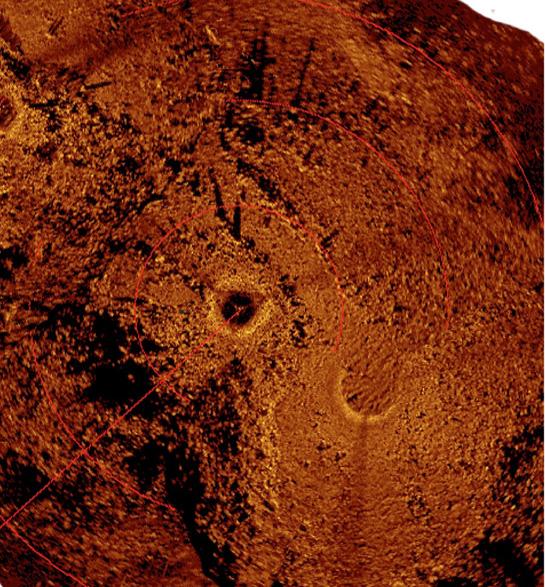 It seems that even prehistoric hunters knew that setting up on terrain funnels is the best way to consistently hunt big game.

Researchers based at the University of Michigan utilized sonar and remotely operated vehicles to discover a prehistoric, complex structure used for hunting caribou at pinch points during their migration. Oh yeah … and they found it 120 feet below the surface of Lake Huron.

The 9,000-year-old structure was built before the last ice age — when the area was dry land. It was used to corral wild caribou migrating across the Alpena-Amberley Ridge that connected northeast Michigan to southern Ontario. The structure is formed of two parallel lines of stones that create a 26-foot-wide, 98 foot-long northwesterly-oriented lane that ends in a natural cul-de-sac. The lane also contains several V-shaped hunting blinds oriented to the southeast and a meat cache. The entire structure measures about 92 feet by 330 feet.

A researcher at the Museum of Anthropological Archaeology at the University of Michigan and study co-author John O’Shea told Live Science that a computer simulation of spring and autumn caribou migrations of the time identified the newly discovered hunting area as one of two choke points where the herds would have converged.

“The fact that all of the migrations tend to converge on these two locations … would have provided predictability for ancient hunters, which is why we see so many structures located in these spots,” O’Shea said.

O’Shea also said that the structure would have been used for both the spring and autumn migrations.