Since it started in 2011, Kuiu has produced some of the finest mountain hunting gear on the planet. In the... 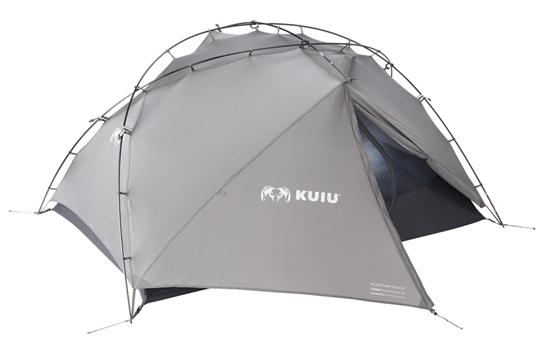 Since it started in 2011, Kuiu has produced some of the finest mountain hunting gear on the planet. In the past, their efforts have focused mainly on apparel and packs, but for 2014 they have come out with a tent designed to withstand the strafing winds encountered by sheep and goat hunters on the highest peaks in North America.

We haven’t had a chance to test the Mountain Star Tent yet, but the first thing that caught our eye when looking at the photos is that, rather than sitting between the tent and the fly, the pole system serves as an exoskeleton over the tent’s fly. According to the press release Kuiu sent out this afternoon: “The unique, freestanding design of the Mountain Star Tent maximizes stability and increases structural integrity in the wind.”

As this video shows, there might be a bit of modesty to that statement: