Wildlife Officials to Ban Coyote and Predator Contests in California

The California Fish and Game Commission issued a proposed rule last week that would outlaw coyote and other predator contests... 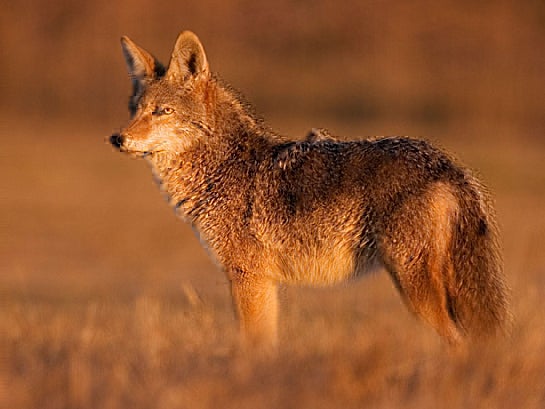 The California Fish and Game Commission issued a proposed rule last week that would outlaw coyote and other predator contests that reward hunters. Officials at the FGC meeting Wednesday voted 3-2 in favor of the proposal, which establishes a public comment period open through Aug. 6, according to the San Francisco Chronicle.

Earlier this year the animal activist group Project Coyote requested a ban on all predator contests in California. The Change.org petition has garnered nearly 22,000 signatures and wildlife officials received nearly 13,000 letters demanding the statewide termination of such contests. In comparison the FGC received only eight letters in support of keeping the contests legal. One of the few hunters who wrote the agency pointed out in his letter that “predator hunting is a valuable management tool that needs to be protected.” The hunter also noted the negative impacts the proposal could impart on ranching and deer hunting in the state.

Although media attention and the FGC meeting agenda all refer to predator contests, the current language of the proposed rule suggests the contest ban would apply to all mammals. The rule states: “It is unlawful to offer any prize or other inducement as a reward for the taking of any mammals in an individual contest, tournament, or derby.”

The campaign against hunting contests began after animal rights activists learned about an annual three-day Coyote Drive held in northeastern California. The San Francisco Chronicle also reports the accidental wounding of warden Bob Pera by a coyote and fox hunter on Feb. 14 contributed to the outrage.

“This vote brings us one step closer to reforming how predators are managed in this state,” Project Coyote’s executive director Camila Fox said. “Most people are shocked to learn that it is legal to kill coyotes, foxes, bobcats and other wildlife as part of a tournament for prizes and recreational fun. They’re even more shocked to learn that thousands of such contests take place each year in the U.S., killing tens of thousands of wild animals.”

You can find out more about California’s current regulations and the proposed ban here. (http://www.fgc.ca.gov/meetings/2014/apr/041614docs.aspx//)