This year’s brutal winter might finally be winding down, but it looks like we’re stuck dealing with the aftermath for... 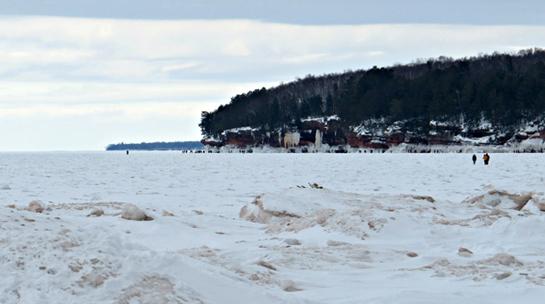 This year’s brutal winter might finally be winding down, but it looks like we’re stuck dealing with the aftermath for months to come. The Wisconsin Department of Natural Resources announced today that an extended ice cover will likely cause a surge of fish kills this year. Officials also decided to push back the state’s first regulated elk hunt by at least one more year after discovering winter-related deaths among its herd.

Many lakes in northern Wisconsin are still covered in three feet of ice, and the region received additional snow last week on top of that. Although some fish populations succumb to winter conditions every year, state fish biologists expect a more pronounced phenomenon this spring. Shallow lakes with lots of aquatic vegetation and mucky bottoms are likely to be hit hardest. Ice will prevent sunlight from reaching plants, resulting in a double whammy: Dead plants cannot produce oxygen, and will even consume additional oxygen as they decay.

“For some waters, partial winterkill is a natural, beneficial process that results in increased growth rates and improved size structure of the survivors and a better fishery all together,” DNR fisheries ecologist Paul Cunningham said in a statement. “On more shallow lakes with excessive algae blooms, winterkill can have negative impacts to anglers because the majority of game fish die, and rough fish like black bullheads and carp survive, making it a challenge to restore and maintain game fish populations in these lakes.”

Fortunately enough fish usually survive in tributaries and springs to repopulate lakes within a few years. Restocking is only necessary for extreme die-offs. DNR plans to assess the situation as the spring progresses.

Another population hit hard by winter weather includes Wisconsin’s elk herd. State officials expected to hold its first regulated elk hunt in 2014 after an estimated 34 calves were born this past spring. These births pushed the population closer to 200 animals, the minimum number required before a hunt can occur. But harsh winter conditions killed several elk and officials recently discovered the state’s first incident of winter-related elk mortality since 2001.

“It’s disappointing to those who are eager for the first elk season, but there are a number of positive things to continue focusing on while we help the herd to increase. The long-term success of the elk herd is the priority,” said Kevin Wallenfang, DNR big game ecologist and elk management program leader .