An impromptu, late-night fishing trip resulted in the catch of an endangered sawfish measuring over 11 feet in length. Floridian... 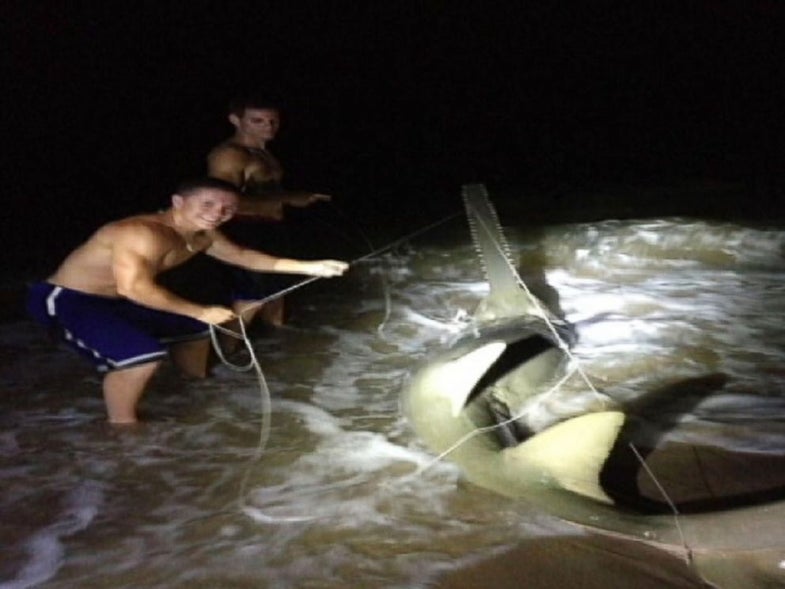 An impromptu, late-night fishing trip resulted in the catch of an endangered sawfish measuring over 11 feet in length.

Floridian Dustin Richter and his friends planned to play poker Saturday night but the group took to Boynton Beach instead.

“After about an hour of putting our lines, we hadn’t gotten a hit so we were about to leave,” Richter told ABC. “Something started clicking. The reel started going off. It felt like it was like four or five feet.”

“It kind of got to the light and we saw the fish and realized it was a sawfish – we were amazed,” Richter said. “If you see them you’re lucky to see them and if you catch them you’re even luckier.”

It took the group more than two hours to catch the beast. The endangered species was released unharmed after a few photos and measurements were taken.

In addition to pictures and a great story, Richter has another way to remember this event: a tooth that came free from the saw during the battle.