Indiana government officials continue to butt heads with private owners of the state’s high-fence preserves. The argument: Should wildlife officials... 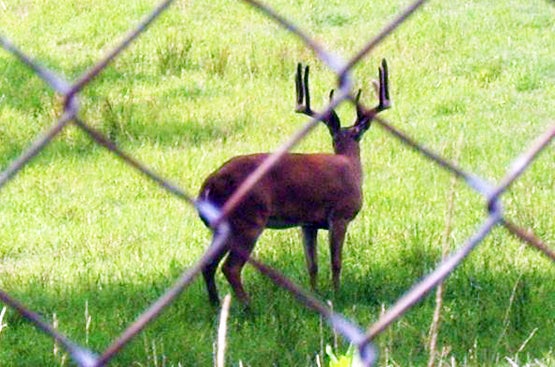 Indiana government officials continue to butt heads with private owners of the state’s high-fence preserves. The argument: Should wildlife officials enforce hunting regulations on privately owned, high-fence reserves? (Or should they be allowed to exist at all?)

The Indianapolis Star reports that the state’s attorney general’s office has published a brief appealing a ruling by the Harrison County courts made last year, deeming the private businesses outside of DNR jurisdiction.

This is the latest development in the upheaval that began in 2005, when the DNR attempted to shut down all high-fence hunting, citing them as “killing pens,” according the Star. The preserves subsequently countersued, leaving only four still open today.

Star reporter, Ryan Sabalow, points out the investments at stake to produce abnormally large antlers, writing that “Valuable breeding bucks and does can command six-figure prices.”

According to 13 WTHR, the Indiana Deer Hunters Association would also like to see the enclosures shut down, while the Indiana farmers the news source interviewed see nothing unsportsman-like with the preserves that boasted hundreds of acres of acres.

Indiana lawmakers are as divided on the matter as farmers and hunters seem to be, with a bill meant to impose state-wide regulations on high-fence hunting failing by just a few votes this year.

The Star says that Attorney General Greg Zoeller seeks “to clarify the law because state lawmakers have been unable to.”