An Ohio teen has just proved wrong the adage of “fishing will keep kids off the street” by actually catching... 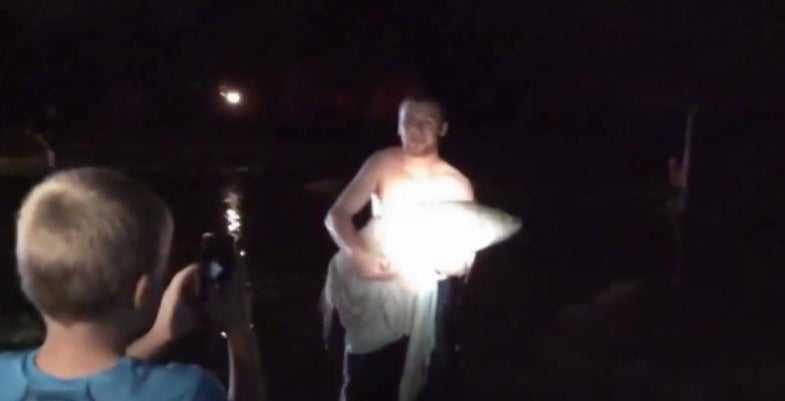 An Ohio teen has just proved wrong the adage of “fishing will keep kids off the street” by actually catching a fish on the street. And a 3-foot long, 40-pound carp at that.

Sixteen-year-old Jake Sawyer heard from his North Royalton neighbors that there was a very large fish on the street following Monday’s heavy rain.

“The neighbors they pointed out, they saw, like bubbles and stuff moving around over here,” he told WKYC. “Then eventually we saw the fish actually surface and we saw how big it was.”

The “we” was Jake and his brother Luke. The two investigated the bubbles and when they spotted the fish, Luke filmed Jake grab the grass carp single-handed in what Jake referred to as “Hillbilly fishing.”

The carp was released unharmed into a nearby pond.

Climate change might not be such a bad thing if it offers new fishing opportunities such as this!