An Alabama man who plead guilty to “cannonballing” a mother manatee and her calf last year in Florida has been... 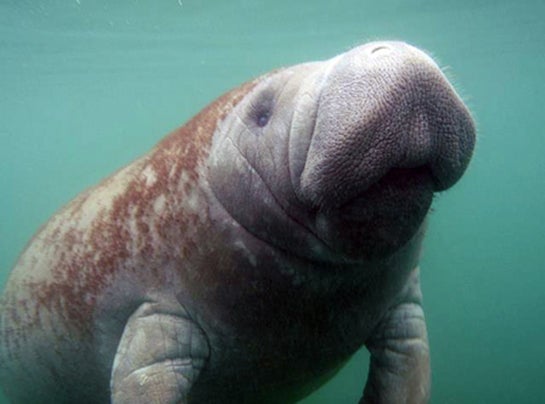 An Alabama man who plead guilty to “cannonballing” a mother manatee and her calf last year in Florida has been fined and sentenced to community service and probation.

Taylor Martin, the self-proclaimed “Tayla the manatee slaya,” appeared in an Orlando Federal Court Wednesday and was ordered to pay a $3,000 fine and serve 175 community service hours. He will also serve two years of probation and must issue an apology for harassing the endangered species on Facebook, where a video of him leaping on the animals first appeared.

The video shows Martin’s accomplice, Seth Stephenson, using a water hose to bait the manatees to within jumping distance. After Martin “cannonballs” onto their backs, the pair can be heard laughing as the manatees swim away.

The U.S. Fish and Wildlife Service noticed the video on Facebook and eventually arrested Martin and Stephenson, according to wsfa.com.

“Hahaha…in my debue [sic]as tayla the manatee slaya…I’m f—- ready to cannonball on every manatee living yewwww,” Martin posted along with the video, according to court documents.

The men avoided a jail sentence because there was no evidence of physical damage to the manatees, said Andrew Aloise, resident agent for the USFWS, in a release. While the pair escaped the maximum sentence of one year in prison and a $50,000 fine, the USFWS felt the sentence sent a stern message.

“The U.S. Magistrate Judge sent a clear message with this sentence that manatee harassment is a serious crime which will be dealt with harshly,” Aloise said.

It appears that Martin’s “cannonballing career” has come to an early finish.