A California man pled guilty last week to poaching 60 bobcats and grey fox for commercial purposes in two of... 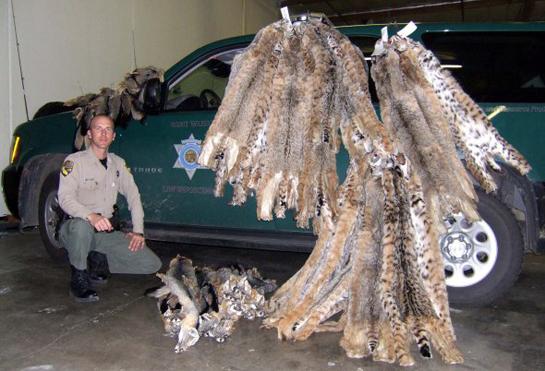 A California man pled guilty last week to poaching 60 bobcats and grey fox for commercial purposes in two of the state’s northern counties.

Tracy Lee Shultz of Courtland trapped the animals by setting about 50 large traps across 900 square miles of land, according to the LA Times. Shultz committed a number of violations, including trapping before the season opened on November 24 and failing to properly monitor his traps.

The sheer number of rigged traps contributed to Shultz’s failure to check them daily, an act that is both illegal and unethical. A California Department of Fish and Wildlife statement on the issue reads in part, “This extensive trapping area made it impossible for Shultz to check each trap daily, and allowed him to trap more area, spend less gas and cheat other trappers who followed the law.”

A Lassen County judge has banned Shultz from fishing, hunting, and trapping for just one year, during which he is also forbidden from accompanying anyone else during these activities. The dozens of illegally-obtained pelts were sold to a licensed dealer for nearly $15,000, which will now be paid to the Lassen County Fish and Game Commission to support lawful hunting and fishing.

Fish and Wildlife warden Nick Buckler released a statement that puts into perspective just how serious of a situation poaching has become in past years. “The illegal commercialization of wildlife is second only to the illegal trade in drugs and guns for worldwide revenue,” the statement read in part. “There will always be people willing to break laws and exploit wildlife to make money.”

Buckler investigated Shultz during a three-month stretch after receiving a tip from a hunter who noticed the traps before the 70-day season opened. Buckler even lived in the field for an extended period of time in order to gather evidence and build a case against Shultz.