Following a long, harsh winter, Wisconsin hunters won’t see many antlerless permits in the Northwoods this deer season. The Wisconsin... 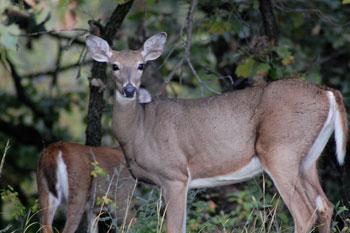 The Wisconsin DNR received approval of its 2014 deer season recommendations that include new antlerless quotas and an updated CWD affected area.

That means 19 deer management units in the northern parts of the state will allow buck-only hunting this season. A limited number of antlerless tags will be issued to youth hunters, disabled hunters, and qualified military personnel, according to WEAU.

There will be approximately 175,000 bonus antlerless permits available in August 18th, in addition to one free antlerless permit per hunter designated for farmland zones. Public versus private land designation will limit antlerless harvest on heavily-hunted public lands.

“With the severity of this past winter, recommending a buck only hunting season for much of Northern Wisconsin is a first step in allowing the deer population to recover,” said DNR Secretary Cathy Stepp. “We have received a great deal of public input on these recommendations and have received great support.”

New automated deer registration methods will also be tested in 2014 along with standard in-person stations. This is in preparation for large-scale implementation of the automated systems in 2015. The DNR believes they will be more efficient and provide instantaneous data-collection, though in person registration will still be available for collection of age and sex data, as well as CWD (chronic wasting disease) samples.

For more information for the 2014 Wisconsin deer season, including specific season dates and zone maps, check out this pamphlet from the Wisconsin DNR.