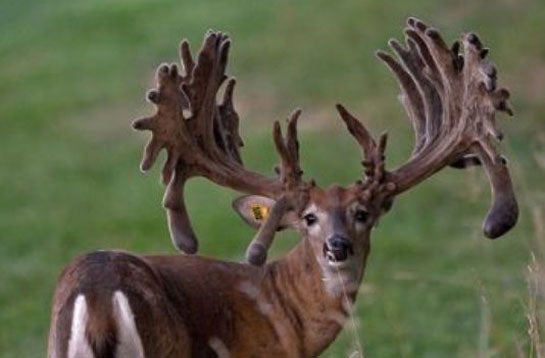 The six democratic legislators penned a letter to the U.S. Department of Agriculture outlining their conviction that risks associated with “canned” deer hunts (spreading disease to wild herds) outweigh the potential benefits, reports the Indianapolis Star. The plea also cited an extensive investigation published by the Indy Star tracing diseases like CWD and bovine tuberculosis back to captive deer operations.

The USDA already oversees a CWD monitoring and herd-certification program. That said, it’s both difficult and expensive to reliably test live deer for CWD, according to the National Wildlife Health Center. Tissue samples are typically taken from deceased animals to make a positive diagnosis. It is therefore possible to ship infected animals that may appear healthy to disease-free states like Indiana. The roughly 10,000 deer and elk farmers in the U.S. are currently shipping cervids between states at an unprecedented rate. Despite this uptick, at least 21 states already prohibit breeders from importing certain captive deer species.

Hunters and legislators alike remain divided on the issue of deer farms and high-fenced hunting outfits. Outdoor Life’s own National Deer Survey from this year revealed conflicting opinions among nearly 3,800 readers. At 62 percent, the majority of respondents agreed hunting high-fence properties wasn’t for them, but still recognized the outfits as legitimate businesses that some hunters may freely choose to patronize.

Although some states have already instituted their own bans on captive deer imports, others are facing opposition via lobbying by the deer farming industry. And that’s not to say lobbying wouldn’t continue at the federal level if the USDA were to get more involved.

What’s your call? Should states continue to regulate interstate shipping of captive deer and elk? Or would wild deer benefit more from a blanket ruling issued by the USDA?