“And when I came up, it just blind-sided me, hit me,” is how Eileen Bridge described her attack by a... 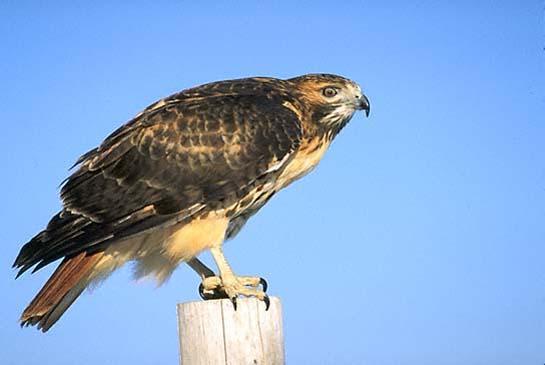 “And when I came up, it just blind-sided me, hit me,” is how Eileen Bridge described her attack by a red-tailed hawk Saturday afternoon.

Mrs. Bridge was attacked at her home in Forest Hills, Pennsylvania while washing her car. The bird dive bombed her and clocked her in the face so hard that neighbors who witnessed the attack said she appeared unconscious for a time. Eileen’s hawk-inflicted injuries included a black eye and lacerations to her face, scalp, and ear.

As big as a surprise as this attack was however, Eileen could have seen it coming as the bird had gone after her husband days earlier. He told KDKA he was attacked while crossing the yard.

“From behind, I heard this rushing air and wind sound,” he said. “It was that hawk. It just glanced off the top of my head.”

Neighbor Lynn Cassidy says the hawk had come after her chihuahua and Jack Russell terrier earlier in the week.

“My husband got the dogs in the house and that thing put its wings back and just came straight down,” she said. “They’re pretty aggressive.”

Experts believe the bird is simply protecting its nearby nest. The state game commission plans to relocate the bird and its nest.