Dolphin? Yellowtails? Huge schools of football yellowfin tuna? Instead of hitting the Sea of Cortez or Cabo San Lucas to... 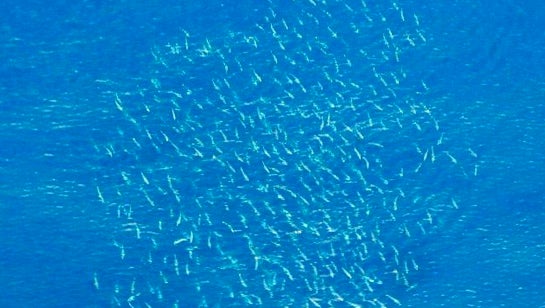 Dolphin? Yellowtails? Huge schools of football yellowfin tuna? Instead of hitting the Sea of Cortez or Cabo San Lucas to target these species, join the El Niño buzz and try five miles off the coast of California.

The National Oceanic and Atmospheric Service predicted that El Niño would bring these tropical and sub-tropical species closer to the California coast by August, but fisherman there are already finding them within casting distance.

In El Niño years, the reduced upwelling of cold water allows nutrients to sit on the ocean floor. Since the nutrients aren’t mixing into warmer surface waters, fish are forced to migrate to areas where they can find more food, according to the California DFW.

Kalez’s fishing outfit is run out of Dana Point in Orange County, where the fishing has been especially productive. One boat returned to Dana Warf recently with 99 yellowtail and several tuna. Another returned with 13 dorado, among other species.

The fishing off the Southern California coast has proven so ridiculous that long-range boat owners who typically send their vessels into Mexican waters are requesting their anglers purchase California licenses. Why sail to Mexico when you can fish locally?

Fishing like this hasn’t happened in California since 1997, when the last massive El Niño occurred. Anglers there are certainly enjoying the fish coming up on the ends of their lines, and with 75-degree water, things could get even more exotic.