In the latest move to curtail wolf hunting across the country, Oregon Congressman Peter DeFazio-one of the most vocal, influential,... 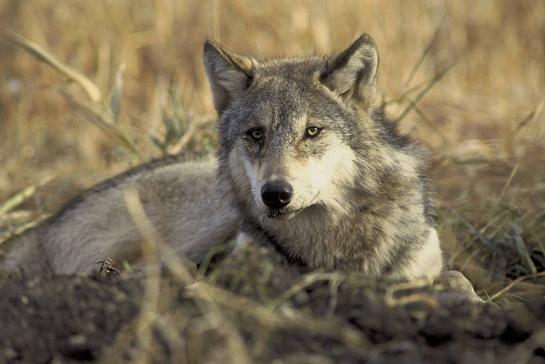 In the latest move to curtail wolf hunting across the country, Oregon Congressman Peter DeFazio-one of the most vocal, influential, and persistent critics of Western wolf management-called for federal intervention to protect gray wolves that range beyond Yellowstone National Park.

DeFazio claims hunters who harvest wolves outside park boundaries are directly responsible for the recent decline in Yellowstone’s wolf population. To help solve this “problem,” he penned a letter to the Department of the Interior requesting the agency coordinate among states to establish a “wolf safety zone” around Yellowstone National Park. The Rocky Mountain Elk Foundation responded to DeFazio with a letter of their own.

RMEF described the request for a no-hunting buffer zone “unfounded by any science,” noting that it also “contradicts what the entire wolf reintroduction and ESA listing represent.” The organization goes on to point out scientific studies that account for the decline in wolf numbers in Yellowstone Park.

First, the availability of elk-the primary prey of northern range wolves-has declined significantly. Yellowstone’s northern elk herd has fallen from 17,000 animals in 1995 to roughly 4,000 in 2013. Second, a recent study demonstrated wolves will kill one another when an area’s population becomes too large for the available prey and habitat.

DeFazio has overlooked such evidence, and instead finds fault in state management of wolf numbers.

“…Gray wolves do not respect invisible park boundaries and once the wolves cross out of the park and onto bordering lands,” DeFazio wrote. “…There are myriad inconsistent state regulations that allow hunters to kill wolves on sight; in some instances without limit.”

Both Wyoming and Montana maintain strict management quotas that apply to wolves in the Greater Yellowstone Ecosystem. In 2013 Montana limited its combined hunting/trapping sub-quota (unit 316) to four just four wolves near Gardiner. Wyoming biologists indicate its harvest quotas near the park are deliberately small to provide proper management. Additionally, Yellowstone officials support RMEF’s position that hunting wolves outside the park does not contribute to the park’s overall downward trend in wolf numbers.

Finally, RMEF notes gray wolf reintroduction in the Northern Rocky Mountains met minimum recovery goals nearly 15 years ago, and has since exceeded the mutually-agreed upon population by 500 percent. M. David Allen, RMEF president and CEO, concludes his letter: “The continuing drumbeat of individuals and organizations to halt any form of state based management of wolves shows a total disregard for the state based management system, the originally agreed upon [wolf] recovery goals and the 10th Amendment which delegates such matters to the states.”

DeFazio is the ranking Democrat on the House National Resources Committee and has previously opposed the USFWS proposal to lift ESA protections for gray wolves in the lower 48.