A new decade-long study recently released by the Wyoming Game and Fish Department and the University of Wyoming suggests chronic... 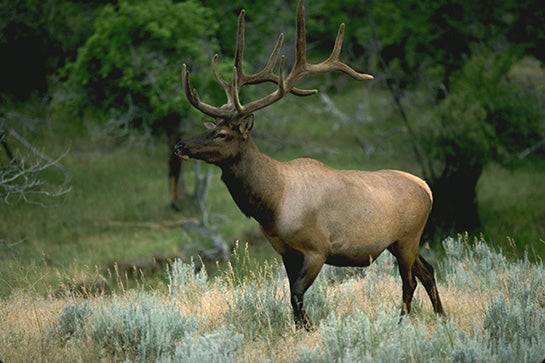 A new decade-long study recently released by the Wyoming Game and Fish Department and the University of Wyoming suggests chronic wasting disease in elk may not be as bad as originally thought.

Researches found that genes have impact an elk’s susceptibility to CWD. Some elk carry a gene that prolongs the time between exposure to the CWD prion (the infectious agent of CWD) and the onset of the disease. Elk carrying this gene tend to live longer than elk without the gene, and therefore have extended opportunities to breed with elk also carrying the gene. Over time, this gene will become dominate thus reducing the impact of CWD in elk herds.

The agency is now predicting a genetic shift during the coming decades that would prolong the incubation time of CWD. This should ultimately result in overall elk populations that manage to persist in the face of the disease.

“It helps to know that based on this research, if CWD should become established on feedgrounds, we won’t see a devastating effect on populations as many have feared,” Edberg said. “This research also looked at how hunting would affect populations, and it appears, Game and Fish would still need to have hunting seasons to manage elk populations even if faced with CWD on feedgrounds.”