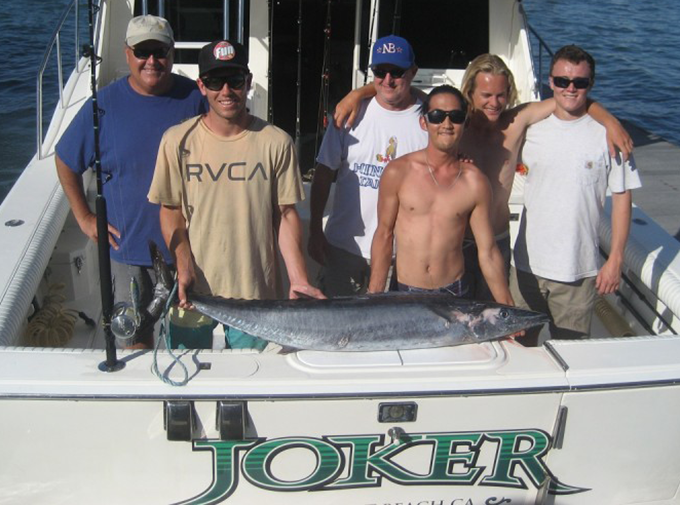 Blame it on global warming, El Nino, or simply a wandering spirit, but now we have the first ever documented recreational catch of a wahoo off the California Coast. Eric Kim was fishing a Rapala lure onboard Captain George Garrett’s Joker about 12 miles off of Dana Point, when it got stroked and the reel started screaming. Captain Garrett said, “We had a real good tuna morning and then around 11:30 we were trolling tuna spots when we got a strike.” After a 10-minute battle, Garrett then saw the profile at boatside and knew it was a wahoo.

“Everybody just looked at me and said ‘What?! A wahoo is really special because I’ve been fishing this coast since I was a kid and I knew a wahoo has never been caught in California waters.”

The ‘hoo checked in at 50.1 pounds, not an incredibly large specimen, but the first of its kind ever to show up in California’s waters. Is this a new trend? We shall see.