CC image courtesy of Jayhem, Flickr. In an effort to combat the ever-growing number of invasive lionfish within state waters,... 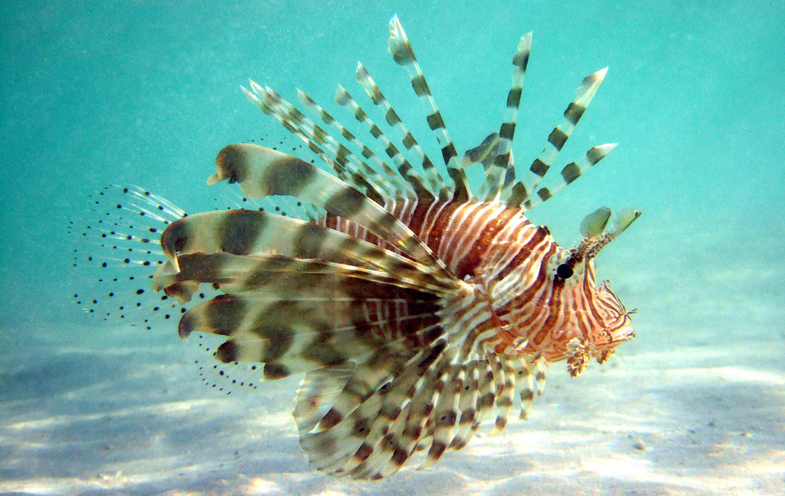 In an effort to combat the ever-growing number of invasive lionfish within state waters, Florida wildlife regulators announced Wednesday that they are banning lionfish breeding and the possession of lionfish eggs and larvae. Furthermore, bringing lionfish into the state is now punishable by up to a year in prison and a $1,000 fine.

The agency also announced that it has loosened the laws for anglers and divers to catch and kill the species. (Check out the new regulations and fishing tips.)

Nick Wiley, Executive Director of the Florida Fish and Wildlife Conservation Commission, explained the decision in a statement. “Every change that encourages removal is a step toward successfully limiting the negative impacts lionfish have on native fish and wildlife.”

The foot-long fish with poisonous barbs has multiplied greatly since being first discovered in the Atlantic off of Florida some 25 years ago. They are now found from Florida to North Carolina and to the Bahamas.

Lionfish devour whatever they put in their mouths and have no natural enemies in these new waters. Florida has encouraged the catching, killing, and eating of the zebra-stripped aquarium regular for some time. It is hoped that these new laws will help further reduce the species’ numbers.