While fishing with his father just five miles off the coast of Port Aransas, Texas, angler Ryan Spring hooked his... 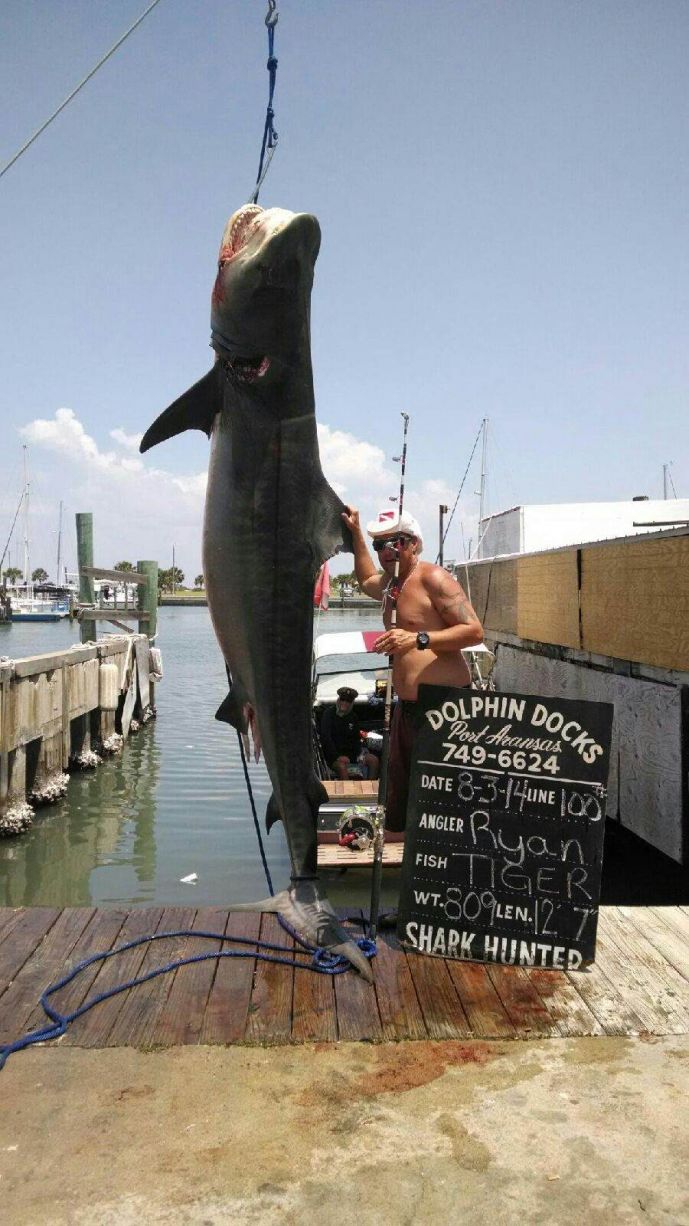 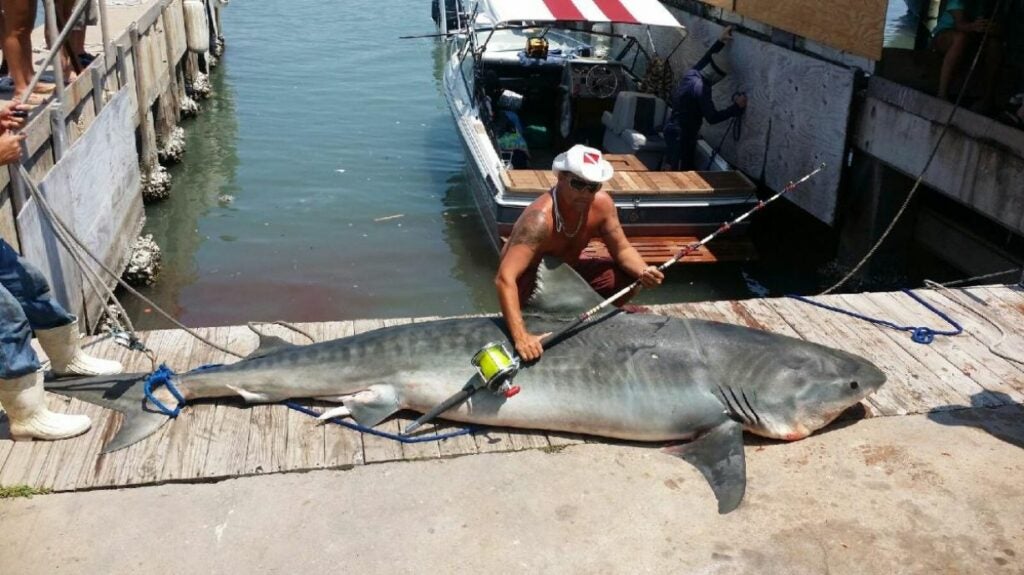 While fishing with his father just five miles off the coast of Port Aransas, Texas, angler Ryan Spring hooked his most challenging fish yet: an 809-pound tiger shark. Measuring 12 feet, 7 inches from tooth to tail, the shark roughly rivaled the size of Spring’s boat.

Spring fought an exhausting seven-hour battle with the shark as it dragged the boat 15 miles from Port Aransas to Bob Hall Pier.

“It was like seven hours of pure pain and suffering,” Spring told KZTV10. “But, it was all well worth it though.”

Even local fishermen like Joseph Matocha were impressed by the trophy tiger shark. “I’ve been around this kind of thing for 30 years,” he told CNN in an on-site interview. “And this’ll be the first and biggest one I’ve seen.”

While Spring is a die-hard catch-and-release angler, he thinks this fish was worth keeping.

“We’ve caught a lot of fish out here…and we’ve let them all go,” said Spring. “But I think it’s my time. Time to put a notch on the belt. If it were a female we would have let it go.”

But Spring isn’t planning on keeping the mammoth catch to himself. Instead he’s making arrangements to donate the shark meat to charity.