A 10-year-old Michigan girl discovered an elk rack of such proportions that hunters are green with envy, and paleontologists are... 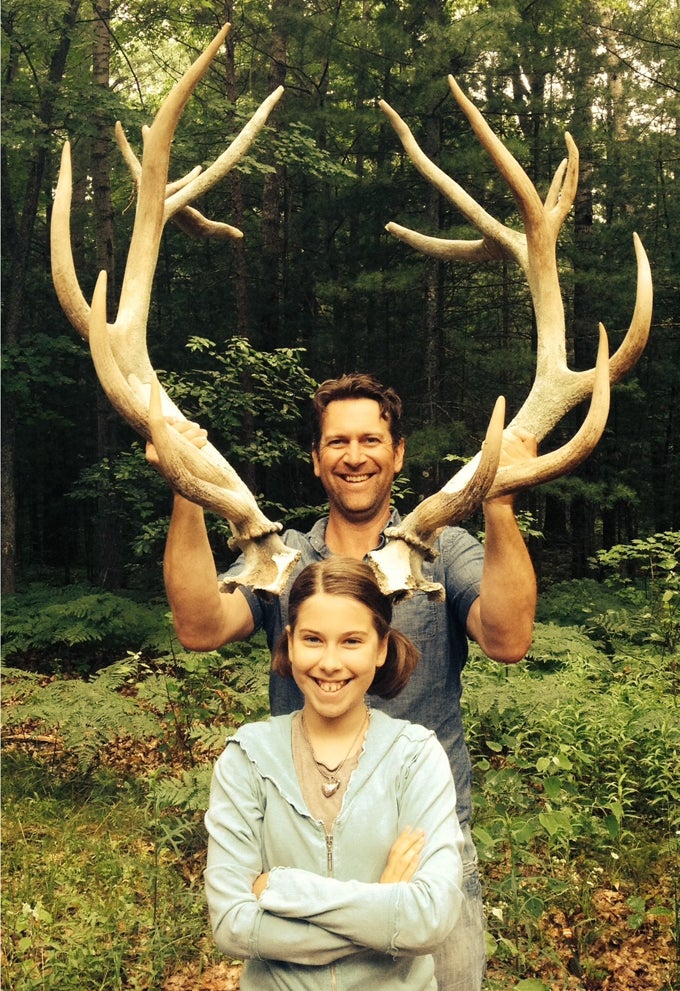 A 10-year-old Michigan girl discovered an elk rack of such proportions that hunters are green with envy, and paleontologists are asking questions.

Sonja “Sunny” Moehle and her father David Moehle were canoeing a Northern Michigan lake back in April when Sunny saw what she took for some odd-shaped sticks, or maybe even dinosaur bones. The elder Moehle thought better and attempted to extract the item from the lake. “He brought his fishing pole,” Sunny told Interlochen Public Radio. “So he shoved it down there and he grabbed it and he pulled it up. And it was this giant vertebra and we were like, ‘What? Crazy!'”

The two removed as many bones from the lake as they could, almost tipping over their canoe at one point. David, an avid hunter, knew the rack wasn’t an ordinary rack.

The Moehle family boxed up their find and took it to paleontologist Dan Fisher and biologist Phil Myers at the University of Michigan in Ann Arbor.

Unfortunately, neither collegiate could identify the unusual specimen. Undeterred, the family launched a Kickstarter campaign to to help fund further research.

The family has so far learned that their find is most likely from a now-extinct Eastern elk, an ancient behemoth much larger than modern day elks. The only way to prove this, however, is to have the bones carbon dated. Thus, the Kickstarter campaign.

After receiving a thousand more than they were asking for the family had the bones analyzed.

“There’s a 97.5 percent chance that it’s 1850 or older, which would put firmly into the range of the extinct Eastern elk,” said Lou Bender, a researcher at New Mexico State University.

The Moehle family now wants to test the bones for DNA, although it’s uncertain there’s an existing specimen of Eastern elk DNA with which to compare it. In the meantime, however, they have returned to Kickstarter to raise $5,689 to find out.