I always knew sprinting wasn’t healthy. A new study revealed that sprinting through fast-moving water to spawning grounds can actually... 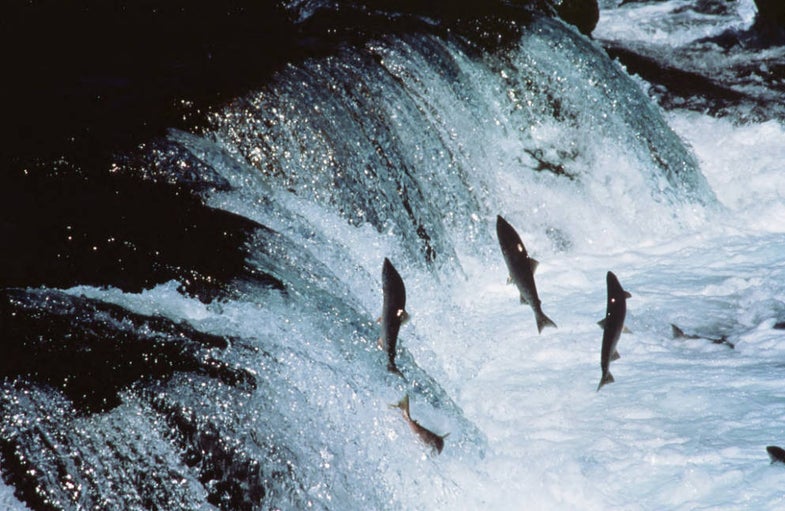 A new study revealed that sprinting through fast-moving water to spawning grounds can actually prove deadly for sockeye salmon.

The study, conducted by scientists from University of British Columbia, focused on “burst swimming,” a behavior not unlike sprinting in humans. Salmon resort to burst swimming when they must move upstream through turbulent and fast-flowing water, such as in rapids or areas downstream from dams.

Although it’s often necessary behavior, burst swimming in salmon causes the fish to consume more oxygen and energy. This creates excess stress metabolites such as lactic acid in their blood. The buildup of these metabolites can and often leads to cardiac collapse or heart attacks, a phenomenon researchers call “delayed mortality.”

“Days after sockeye passed through extremely fast-moving water, we started to see fish dying only a short distance from their spawning grounds,” the study’s lead author Nicholas Burnett stated in a press release.

Fish that burst swam for long periods through high flows were more likely to die en route to spawning grounds after exiting the fast water than the fish that swam more slowly. Female salmon were more susceptible to this phenomenon.

The take away from the study is that salmon need easy access around obstacles in their migration path. Researchers say this is particularly important around dams.

That’s a good idea—I suggest they use a fish cannon.