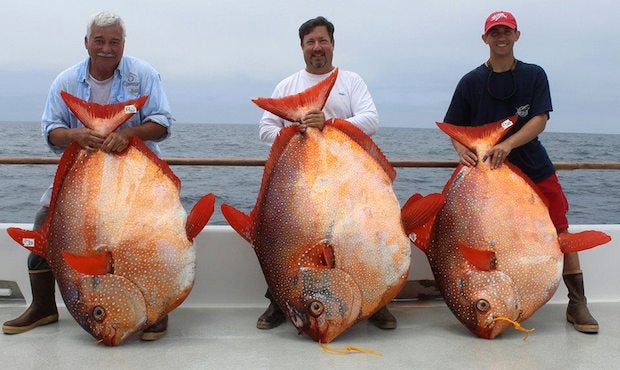 Experts think the opah hauled aboard by the Excel moved into Southern California waters because of warmer water temperatures. We’ve heard preliminary reports and predictions about exotic fish moving into local California waters, and it looks like these are accurate after all.