It’s a cougar! It’s a dog! It’s…an African lioness? A large animal was caught on video last week by a... 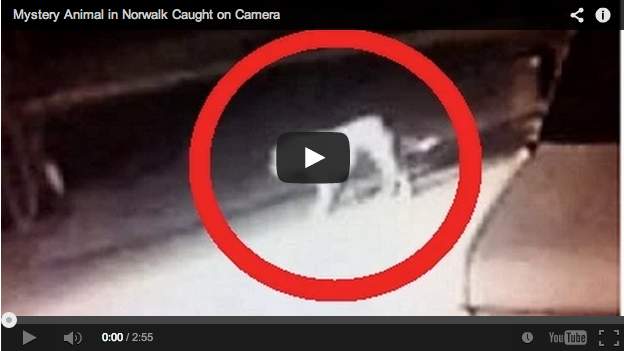 A large animal was caught on video last week by a resident’s surveillance camera in Norwalk, Calif. While the area is no stranger to the occasional suburban cougar, many experts have second-guessed their initial claims that the creature is a common mountain lion. If it’s not a mountain lion though, what the heck kind of large animal is prowling the neighborhood?

Like Bigfoot and the Loch Ness monster, the grainy video quality makes it difficult to positively identify the mysterious creature. Experts interviewed by the LA Times continue to speculate, offering opinions that range from house pets to exotic predators.

The most common and unsettling hypothesis suggests the animal is actually an African lioness. Both Craig Packer, a professor at the University of Minnesota Lion Research Center, and Dale Anderson, executive director and founder of the Project Survival Cat Haven in Dunlap, Calif., believe this is the case, based both on the animal’s gait and its physical characteristics.

According to the LA Times, Anderson believes these hypotheses should be taken more seriously and that big cat experts should be tracking the animal rather than the local police.

Joel Almquist, executive director and founder of the Forever Wild Exotic Animal Sanctuary, is also familiar with African lions and disagrees with these conclusions. In his opinion, the animal’s estimated height (22-24 inches) and the shape of its ears suggest a leopard rather than a lion.

Christine Simmons, spokeswoman for the San Diego Zoo, however, claimed it was difficult to identify the animal due to the lack of scale in the video. According to the LA Times, she did admit, however, that the animal had the appearance of a large cat and speculated it may be “some kind of hybrid.”

There are even those who believe the animal may not even be feline. “My guess is it’s a large older dog, maybe a pitbull or part pitbull,” Don Nelson, a game warden with the California Department of Fish and Wildlife, told the newspaper. Almquist also shared this opinion before analyzing the footage more closely.

Regardless of whether it’s a deadly feline predator or some lumbering old pitbull, I still wouldn’t leave any Pomeranians or small children unattended in the backyard anytime soon.