What would you do if you discovered this young hawk with a four-foot snake wrapped around its neck? YouTube user... 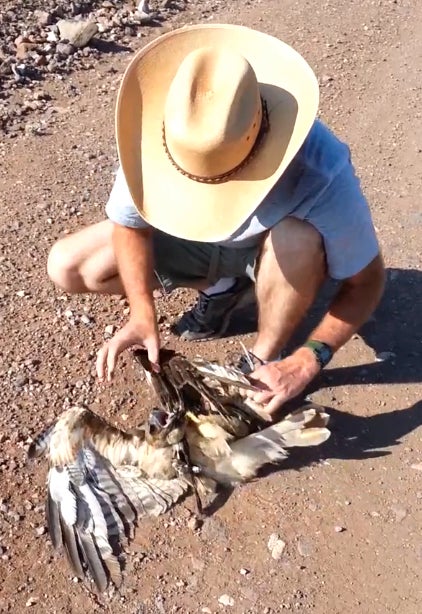 What would you do if you discovered this young hawk with a four-foot snake wrapped around its neck?

YouTube user Scott Adams and a buddy decided to free this red-tailed hawk from the constricting grip of the bull snake, which the raptor had apparently intended to turn into a meal. Adams wrote, “Had we not come along when we did, the hawk would have been killed by the snake.”

Some viewers took issue with this approach, including user Justin M. “This bird should have died for being a weak example of the species and the snake should have had a hard-earned meal,” he wrote. “I love the genius who says we might have to kill the snake to save the hawk. Because putting value of one animal over another’s life is up to you in nature.”

Regardless of whether you think these guys were interfering—and despite the vertical footage—this is worth watching until the end to see both animals’ reactions to the “rescue.”