A few weeks back I talked about using stealthy canoes to access isolated tracts of lightly hunted lands, primarily public... 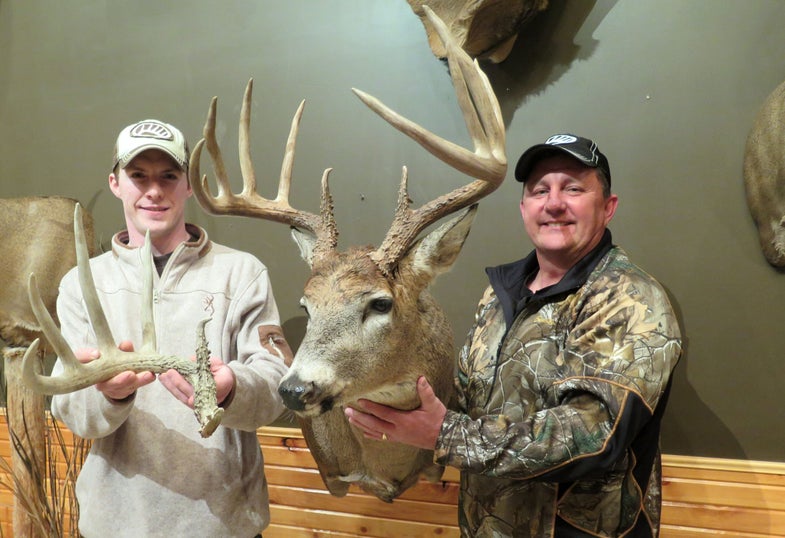 A few weeks back I talked about using stealthy canoes to access isolated tracts of lightly hunted lands, primarily public lands. This week I’m doing a 180: Offering tips to get your foot in the door on prime private tracts. This is a whole ‘nuther critter, but when it comes to some game animals—primarily whitetails—having some private-land options is simply smart (and especially so if your goal is a trophy).

Bagging a mature whitetail buck may be one of bowhunting’s toughest challenges, but most tend to overlook a primary requirement: You must hunt where mature bucks live. Plenty of old bucks thrive on public lands, but if you really want to increase your odds, your goal should be to ferret out some lightly hunted private tracts—places where older, wiser deer feel safe and secure. With whitetails so widespread, scads of such places exist nationwide; some may be within mere miles of your home.

Don’t have the deep pockets required to buy a private honeyhole of your own? Burned out your welcome at your buddy’s place? Don’t panic. Recently, I sat down with two big-buck gurus from the Twin Cities, guys who make a habit out of arrowing big deer on private tracts scattered around the heavily hunted metro area and its suburbs. Mark Herr, 52, and son Kyle, 32, know their uncanny ability to gain access to prime private tracts is one of the biggest keys to their amazing success. Here are some of their hard-won tips.

1. Check Egos at the (Front) Door
Talk with this affable duo for even a short while and you begin to realize a few things, one being that they are both soft spoken and humble. The Herrs also come across as trustworthy and imminently likable, and they’re plain easy to talk to. Add these qualities up and you have some potent land-access skills.

2. Burn Some Gas
The Herrs like to use topo maps to pinpoint areas that likely hold the type of security cover big bucks crave, but at that point, they know their work has just begun. “It really starts by knocking on a lot of doors, and sometimes you’ll get lucky and the landowner will tip you off to the presence of big deer—but that would be unusual,” Mark says. “Usually, a landowner will tell you they’ve never seen a big buck; but your first camera check might show the property holds several.”

3. Photos Can Break the Ice
On some tracts it can be rather obvious the place holds an abundance of deer, even to the non-hunting landowner. After all, when deer are running everywhere, people tend to notice. The Herrs know that these landowners are continually pestered for hunting access, and take a different tack. In such cases, the Herrs might gain trust by first asking permission to simply hang a few game cameras on the property, in the hopes of capturing a few deer images. If this “test” reveals the presence of one or several big bucks, the Herrs’ next conversation with that landowner will be a lot more pointed. And by that time it’s likely the seeds of a friendship have already been sown.

4. Networking Really Works
“I talk to UPS drivers, police officers, the highway patrol—people who are in their vehicles at night a lot,” Mark says. “And really, I’m going to broach the subject with virtually any person who crosses my path. I’m always asking, ‘Do you hunt?’ ‘Have you seen any big deer in the area?’ It’s just about making this kind of networking part of your life.”

5. We’re Hunting—Not Exterminating
“Usually when we talk to the landowner, we explain that we’re specifically targeting a trophy buck, that we won’t be shooting does,” Mark says, explaining that some landowners who have no concept of hunting need to know the pair won’t be strolling in and shooting every deer they encounter. “And in a lot of cases it’s also helpful to mention that we’re bowhunters. Even landowners who gun hunt, I don’t think they realize how lethal bowhunters are; some give you permission and you can tell they think [it’s kind of amusing].”

6. Don’t Forget to Name-Drop
“We know a lot of people in the area, and it’s always helpful in your discussions with a landowner to piece together a connection with people they might know,” Mark says. “We got permission on one killer farm and got to know the landowner, and it turned out he had several relatives in the area. So we ended up getting permission on three more very good farms.”

7. Work For It
In unusual circumstances, Mark and Kyle will resort to leasing a property, but an offer of some manual labor can go a long way toward obtaining permission, as well as keeping a property over the long term. “We’ve helped with farm work, baling hay, and other typical projects. None of the farmers has ever asked us for help, but we volunteer. Sometimes you do something nice and it lasts a long time.”

8. Know the Rules
As the Herrs explain, to keep permission on a property it’s also important to abide by the landowner’s rules. And that can run the gamut from where to park to when to be there. “Some landowners don’t want us trimming branches, screwing-in tree steps, or leaving gut piles. And most are very specific as to the number of people who can be in there. We almost never leave a gut pile; we’re always bringing a big deer out whole, so the area doesn’t attract coyotes or other animals.”

9. Persistence Does Pay
“One of the most memorable properties we’ve secured came after asking the landowner for access for eight consecutive years. Eight!” Mark remembered. “But by that eighth year we’d developed a friendship, and I simply pointed out that I see car-hit deer lying dead on the road along the property all the time. Then I asked how three or four deer going to waste per year was acceptable, while letting us take one or two bucks was not? He needed to know we weren’t going to go in there and kill every deer we saw. We’ve been hunting the property ever since, and have since taken two monsters there.”