Michigan On The Ground Program Improves Habitat and Hunting Access

This is how habitat conservation is supposed to work. Last winter, Drew YoungeDyke, coordinator for Michigan On The Ground program,... 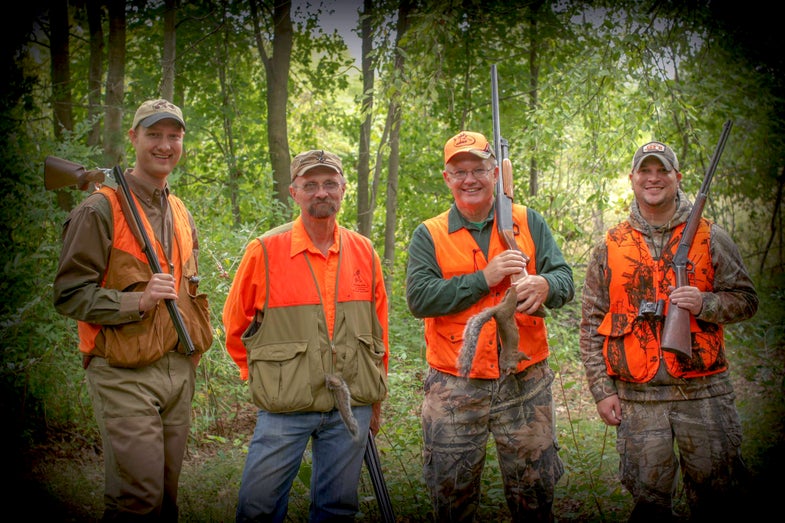 This is how habitat conservation is supposed to work.

Last winter, Drew YoungeDyke, coordinator for Michigan On The Ground program, helped lead a group of volunteers through a day of habitat and access-enhancement work at the Gratiot-Saginaw State Game Area.

This time, they traded their shovels, saws, and work gloves for rifles, brush pants, and game vests.

They were hunting squirrels on the opener of Michigan’s small game season. The “work” had a purpose beyond a couple of squirrels for the skillet: The crew wanted to check out the results of their efforts from the previous winter.

Small game hunting seems to be a bit of a dying art here in the Midwest, if not across the country. Part of that decline could be attributed to the meteoric rise in the popularity of deer hunting. Kids don’t start their hunting careers on rabbits and squirrels anymore. They start with deer. End with deer. And hunt deer in between.

But part of the decline in small game interest can also be blamed on habitat loss. As forests mature, that woody, brushy undergrowth disappears, snuffed out by sunlight-blocking forest canopies.

The focus on last winter’s work was to thin out some of that canopy and create beneficial brush piles ideal for stomping in search of rabbits.
But the outing caught my attention for another reason: It serves as positive proof that YoungeDyke, Eichinger, Mason, and Reeves aren’t just a bunch of talking heads paid to play the part.

They’re hunters. Not because of their career paths. But by choice. And therein lies the difference.

When hunters hold positions of influence in state agencies, good things tend to happen. While you might think that every state wildlife agency is staffed by hunters, that’s not quite true. In fact, a growing number of wildlife biologists and decision-makers within state wildlife agencies have no hunting experience at all.

At best, that’s an uncomfortable situation.

We’ve written several times about Michigan’s On The Ground program and the work that it’s doing. It was one of the winners of the first-ever Open Country awards and is a 2014 grant recipient.

It’s because of the work they do. And, I suspect, it’s work that’s getting done because hunters are at the helm.

Want to get involved in Michigan’s On The Ground program? The group will host a project this weekend at the Standish Nature Preserve. Brush pile creation is on the menu. Click here for information or to volunteer.