Politics and politicians. Most hunters and anglers would agree that the two shouldn’t have a whole lot to do with... 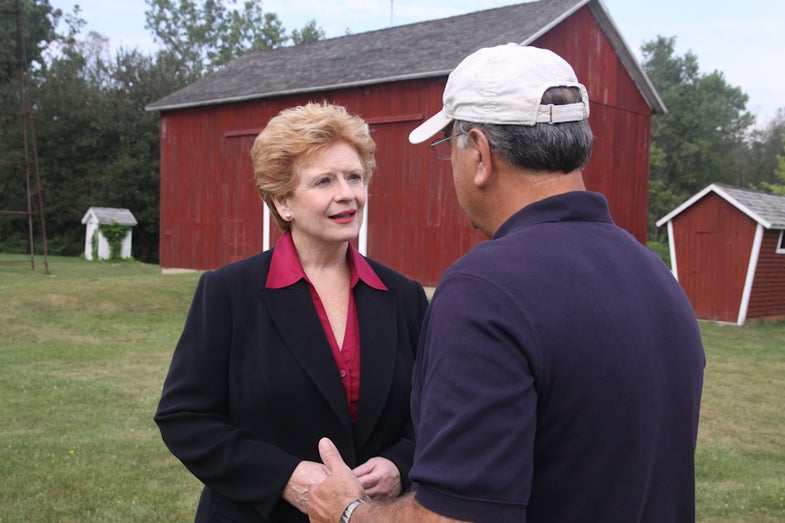 Most hunters and anglers would agree that the two shouldn’t have a whole lot to do with the pursuits we cherish. But, like it or not, they do.

And having some friends on our side of the fence doesn’t hurt.

During the drawn-out battle over the Farm Bill, sportsmen and women could have done a lot worse than having Michigan Senator Debbie Stabenow as an ally.

The end result is a bill that delivers $40 million in grants to states to provide public access to private lands for outdoor recreation, a “sod-saver” measure that eliminates subsidies to farmers for turning over previously-untilled ground (thus saving millions of acres of habitat) and condensed 23 previous conservation programs into 13, saving taxpayers $6 billion while maintaining the majority of the key conservation programs we value.

“Creating more access to our land and water was a very important priority to me in our five-year Farm Bill,” Stabenow said. “It means everybody can have those experiences, not just the lucky few. Access means conservation. It means that we care about our land and water so that everyone can enjoy it today and tomorrow.”

For her efforts in leading the Farm Bill charge, Stabenow has been named as one of four Open Country award honorees for 2014 and will be honored during an awards presentation at the SHOT Show in Las Vegas on January 21.

Outdoor Life’s Open Country program aims to shine the light on public access issues while putting more boots on the ground to help make a difference. The Open County awards program honors individual, businesses and state agencies that are making a real difference in the fight for public lands and those who hunt, fish, and trap them.