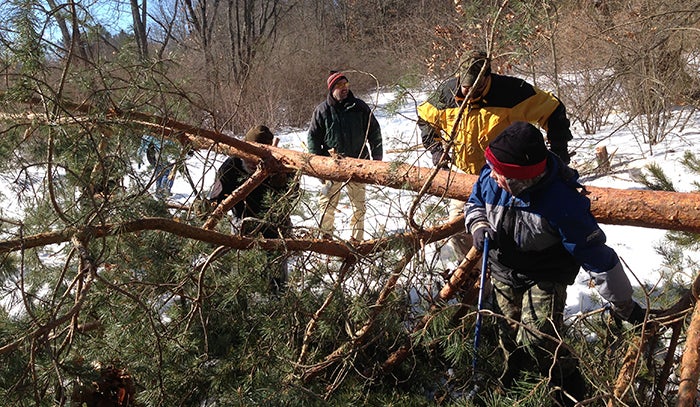 This project included more than three-dozen volunteers that helped improve access on a recently- acquired parcel, Hackett Lake Tract, impacting 640 acres. Volunteers gathered an impressive pile of barbed-wire fence, which was not only an eyesore and a potential hazard for those using this 640-acre tract of the Pigeon River Country in northern Michigan, it was also some of the last remnants of a barrier that no longer belongs.

“This is public land and removing those fences – nearly two miles of it – felt pretty good,” said Drew YoungeDyke, grassroots manager for Michigan United Conservation Clubs. “It was a lot of work. But no one complained. This is what we came here to do.”