Pros and Cons: What the Cromnibus Means to Sportsmen

With recent passage of the so-called “cromnibus” spending bill, policy makers around Washington, D.C., are beginning to exhale and applaud... 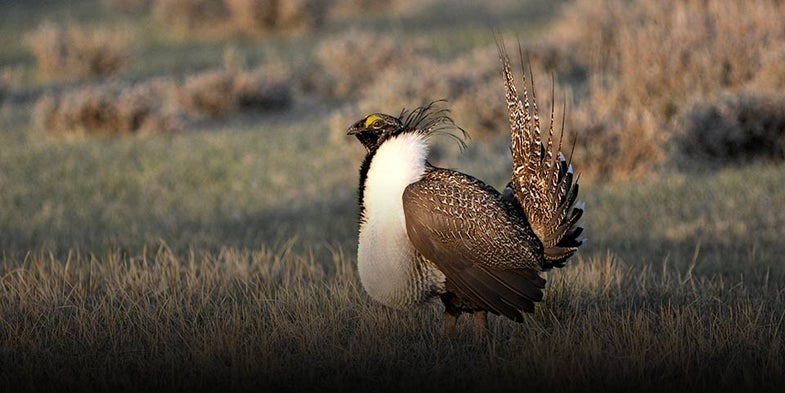 With recent passage of the so-called “cromnibus” spending bill, policy makers around Washington, D.C., are beginning to exhale and applaud the fact another government shutdown has been avoided—which is a good thing. No one wants to see a repeat from last year when the government was shuttered for weeks (and right at the start of hunting season, no less). Back then, thousands of communities and businesses that rely on opening day hunting activity and the outdoor economy were hit hard.

From a sportsman’s perspective, several good things are included in the cromnibus that would maintain or slightly increase funding for various conservation programs. Our community welcomes those dollars because we know investing in our natural resources makes an investment in a $646 billion annual outdoor economy and America’s sporting heritage. The bill also clarifies that ammunition, and its component parts, are not subject to regulation by the EPA. This is consistent with current law but closes a potential loophole that animal rights groups have used to attack hunting (the Fish and Wildlife Service still has the ability to regulate lead if the science shows that it is causing ecological harm, as happened with lead shot and waterfowl in the past).

But the cromnibus has some bad provisions as well. The most egregious of those involves sage grouse. A rider in the bill prohibits the U.S. Fish and Wildlife Service from issuing a decision on whether or not to list sage grouse under the Endangered Species Act in fiscal year 2015 (before Oct. 1, 2015). The legal effect of this provision is minimal – the FWS was under court order to render a decision on whether the bird warrants listing by Sept. 30, 2015, so the rider could cause only a one-day delay in the decision. But the fear is that the rider could be the first of many to perpetually delay a listing decision.

Why does this matter? First, it’s about more than the sage grouse. The grouse is an indicator of the health of the broader sage steppe ecosystem, which provides critical habitat for about 350 different species, including such iconic game species as mule deer, pronghorn and elk. If you want to stem the decline in mule deer that we’re seeing throughout much of the species’ range, you want sage grouse conserved. Now.

Second, we can get it right without a federal listing as threatened or endangered. By working now to develop voluntary conservation plans in each of the 11 states that have significant sage grouse populations, we can implement voluntary, commonsense conservation plans best tailored to each state. Wyoming, led by Republican Gov. Matt Mead, already has produced a strong plan, and Montana, Oregon, Idaho and Colorado are nearing completion of their own plans. The only thing a delay will do is to let the states and the Bureau of Land Management offices in each state take their feet off the gas and go back to business as usual – a status quo that has contributed in part to a nearly 50-percent decline in the species’ habitat.

Finally, don’t believe the rhetoric that “we need more time” or that “we need better science.” Managers know what they need to do to conserve sage grouse and the sage ecosystem. They know that sage grouse can coexist with robust grazing, mining, and oil and gas economies. The politicians who are pushing for a delay ignore what Wyoming and other states have already done. Instead, they choose to reward the most retrograde elements who could not care less about conservation or true multiple use – and who cannot be bothered with the hard work of compromise and future planning. They reward those, on the far left and right, who want a train wreck.

What makes the opportunity to proactively address sage grouse unique is that it unites sportsmen with industry, the states and the federal government in wanting to prevent its listing. Sportsmen are actively pressing governors and BLM officials to develop meaningful conservation plans that would keep the bird off the endangered list, allowing responsible energy development to continue and keeping management authority with the states. This is exactly what we will continue to do. We will demand that politicians do their jobs and avoid the temptation to simply kick another problem down the road to a time when it will be much harder, if not impossible, to craft cooperative solutions.