Why the Ivory Crush is a Bad Idea: Protect Elephants from Poaching with Regulated Hunting

For years, the Saskatoon Police Pipe & Drums marching band from Saskatchewan was the centerpiece of my Montana town’s homecoming... 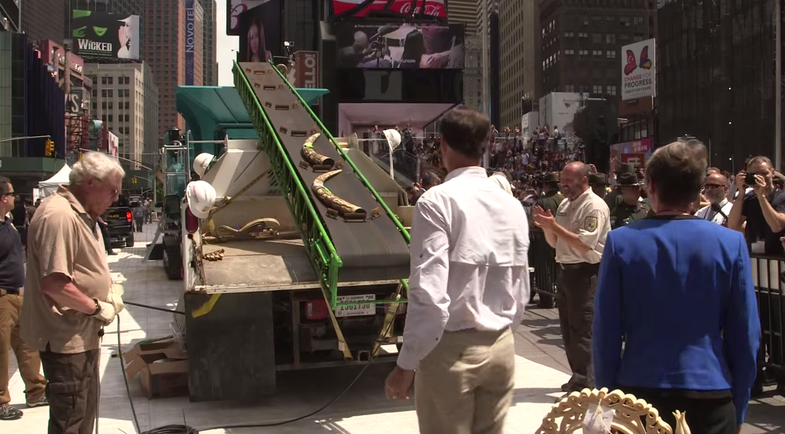 For years, the Saskatoon Police Pipe & Drums marching band from Saskatchewan was the centerpiece of my Montana town’s homecoming parade. The kilt-wearing bagpipers lent an air of festivity and Scottish authenticity to the event. After all, my town is called Glasgow, and our athletic teams are called the Scotties.

Last year, the police band didn’t come. They were stopped at the international border because of the elephant ivory on the keys of their traditional instruments. The ivory represented a violation of international treaties banning the commerce in ivory, treaties designed to slow the proliferation of elephant poaching that is rightly worrying conservationists. Poaching is a problem that threatens populations of the magnificent animals.

So the police pipers went home, and my town came up with a last-minute alternative for our parade.

No elephants were saved.

Today, no elephants were also saved despite a high-profile publicity stunt propagated by folks who should know better. Dan Ashe, the director of the U.S. Fish & Wildlife Service, and his boss, Secretary of the Interior Sally Jewell, crushed more than a ton of elephant ivory in an industrial rock crusher wheeled into the heart of New York City’s Times Square.

The message of the event was clear: by reducing the supply of ivory, we will reduce the demand in ivory, and poachers will no longer kill elephants for their tusks.

Here’s the reality of elephant poaching in Africa. It is a huge and unsustainable problem. International demand for ivory is dooming elephants, and poachers are making huge amounts of money in the clandestine trade. Much of the most heinous poaching is happening in remote game parks across the continent, and in nations that don’t allow sport hunting of the animals. Those two conditions are important to keep in mind. Poachers thrive in areas where there aren’t eyes and ears on their behavior, and where there is an incentive for their activity. Mozambique, Kenya, parts of Zimbabwe and Zambia, and parks in Angola and Botswana are being targeted by poachers because they can operate in relative security there, operating under a safety net of bribes and collusion.

Where can poachers not operate? In the game areas of South Africa that are open to hunting, that have game wardens and park rangers (whose salaries and equipment are often paid for by hunting fees), and where the local communities have an economic incentive for keeping elephants on the land. Here’s what Ashe and Jewell probably know, but are ignoring: Since the government of Kenya banned sport hunting in 1977, populations of large wild animals has declined by as much as 70 percent. The nation’s elephant population spiraled from 167,000 in the 1970s to as few as 16,000 two decades later. Not all the elephants were killed by poachers; others were killed by farmers whose crops were ruined by the jumbos.

But in communities where sport hunting is allowed – and each elephant can be worth as much as $25,000 to a visiting hunter – much of the economic trade in wildlife returns to the villages. Locals get help with crop damage, they get cash from outfitters, they get meat from hunter-killed animals, and they get protection from the petty crimes that exist everywhere criminals are tolerated.

In these cases, elephants and their ivory is a sustainable resource. It’s a difficult topic to get your head around: how a population can be saved by killing its individuals. But that’s at the heart of the wildly successful model of wildlife management in North America.

As Theresa Sowry, the headmaster of the Southern African Wildlife College (and whose husband is a game warden in nearby Kruger National Park), told me two years ago when I visited her wildlife-conservation program, “There are two things that are undeniable in Africa right now,” said Sowry. “The first is the wholesale loss of some species of wildlife through poaching. The second is that where we have managed trophy hunting, we don’t have poaching. So sport hunting—not photo safaris or conservation parks where hunting is not allowed—is the best tool we have right now to conserve species.”

The reality is that we are probably never going to get a handle on the illicit demand for ivory, no matter how much of it we crush. But we can manage poaching at its source, by employing the people who tolerate populations of elephants to also profit from their individual death by hunting.

No one should know the value of sport hunting better than Ashe, whose very agency is largely supported by hunter-paid fees and taxes on sporting goods. Carefully managed hunting is a demonstrated conservation tool, and shouldn’t be cheapened by high-profile publicity stunts.

If cooler heads prevailed, we might even get to enjoy the shrill sounds of bagpipes again in Glasgow, Montana.